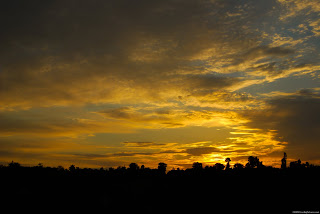 I’m not a “morning person.” I usually stay up until three or four a.m. and sleep as late as my conscience will allow. I avoid making appointments in the morning hours when I can. But there are times when an obligation arises and I have no choice but to force myself out of bed early and do what is mine to do.

I was once involved in an organization, which shall remain nameless. I’m not sure if it still exists, but it was a religious-based organization that helped people in trouble. After a few weeks of training, I and about ten others were scheduled for telephone duty around the clock. We pulled four hour shifts in a small room at a secret location. We weren’t even allowed to tell our families exactly where we were. The reason: We talked to people who were contemplating suicide and others with every problem one can imagine. There were alcoholics and drug addicts and battered women – and some were just lonely and wanted to talk. It would have been too risky to make our location public.

The shifts were rotated, and eventually, I had a four a.m. shift! After trying to get a little sleep, I was back up at three a.m., had coffee, grabbed a couple of granola bars and headed toward my destination.

I knocked on the door of the secret location to let the worker inside know I was there to relieve him. He filled me in on the calls he’d dealt with during the night – nothing unusual – and left. I poured a fresh cup of coffee and sat down.

The first two hours were uneventful – even a little boring. I read the newspaper. Twice. The phone didn’t ring. I tried to take a nap, but it wasn’t in the cards. About six a.m., noises from outside began to invade the stony silence. Morning sounds.

There was the sound of a truck stopping, perhaps to make a delivery, and then starting again. Birds twittered cheerfully. The unmistakable WHOOSH of air brakes told me that a bus had stopped at the traffic light not far away. It had been a long time since I’d heard a morning awaken. But I enjoyed it. Taking a piece of paper from my purse, I started writing about what I was hearing. At the top of the page, I scrawled, “The Sounds of Morning.”

After writing a few lines, I got up, walked to the window, barely opened the blinds and peeked out to see how this morning was shaping up. I saw a robin perched on a limb singing his heart out. Beyond the tree, several yards away, there was a beautiful lake. Fog rested softly on the water like a thin layer of frosting.

Did you know that, with the first light of morning, the sky becomes a masterpiece of color? I didn’t. Although the sun was still nestled behind the hills, its golden rays were a harbinger of the beauty that was still to come. Beyond the burst of yellow was a hint of sky, the promise of blue. It was magnificent to behold!

As I closed the blinds, I could hear footsteps on the sidewalk outside the building and people talking as they passed. The morning was in full swing. The world had awakened to another day. And I had witnessed it!

The phone rang and I talked to a lonely old lady for a while. She said she called every morning when she got up and talked to whoever answered. She explained that she had no one. No family. No friends. “Except you nice people,” she said sweetly.

I wished her a happy day and hung up just as the knock came at the door. My shift was over. And my day had begun in a much different way than usual. I’d like to say that the experience changed my habits and that I began getting up early every day.

But that wouldn’t be true. I will forever treasure the special memory of watching and hearing a new day “come alive,” yet, I must agree with Vincent van Gogh, who said:


"I often think the night is more alive and more richly colored than the day." 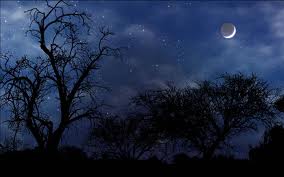 peg, your stories get deeper and deeper. I like this one very much. sam

Your descriptions are really lovely peggy. This is so very good.

I read this twice peg. I felt like i was there in that room with you watching the new morning awaken. Beautiful!

Ah, your description of the morning - beautiful words, beautiful scene - life is good.

Thanks for the great story. I'm impressed with the many experiences - including the charitable work - that you've had over the years and with your ability to "take us there." Unlike you, I'm a day person but with a great longing for two particular times of day - sunrise and sunset. I try not to miss these special moments. I guess that's why I'm Su Bluebird.

Su, I love both the sunrise and sunset, too, but of course, for me, it's easier to "stay up" rather than "get up" to see the sunrise.
Thanks for the nice comments. Glad you enjoyed the story.