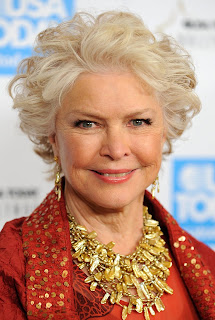 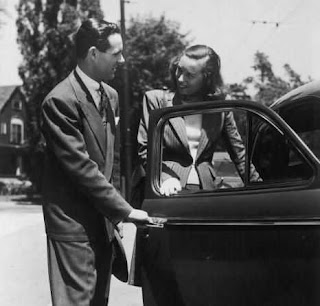 Today I took a friend, who is temporarily without a car, to the grocery store. I took books along and told him to take his time as I would enjoy reading while he shopped. And I fully intended to do that, but movements outside the car kept distracting me, so I finally gave up in favor of “people watching.”  What could be more entertaining?
There was a little gray-haired lady who pulled up beside me, parked her car and stepped out. She was dressed to the nines and had perfectly coiffed hair. Every inch a lady – from a much earlier time, I observed as she walked slowly into the store. But then another car pulled up on the other side. This time, it was a man, a big man. Fifty-ish. He was a spot on country fellow. He sported blue jeans, plaid shirt, long hair, beard, and yes, cowboy boots! He stepped out of the car, his eyes surveying the parking lot. He looked at me and nodded. I smiled. Friendly, I thought as he disappeared into the store.
Then came the “Best of Show!” A white older model truck pulled up and parked a few spaces to my left. I couldn’t help but wonder who would alight from this vehicle. I was really into the “people watching” thing!
The driver got out, another down-home kind of guy, wearing jeans and a ball cap. A big bulge on the right side of his face gave the distinct impression that he was enjoying a big chew of tobacco. He walked around the back of the truck to the side and stood there, hands in his pockets, while an elderly woman slowly opened the door on the passenger’s side, positioned a walker on the ground and then literally slid off the side of the seat until her feet met with the ground below – steadied by the walker. Then she closed the door. The man had already started walking toward the store. I watched in disbelief! I wanted to get out and help her myself!
Almost to the entrance, the man stopped, looked back and waited for her to catch up. When she was almost there, he walked the other four or five steps to the door, and I thought, Surely, he’ll open the door for her. I watched anxiously.  Reaching for the door handle with his right hand, he opened the door. "Yes!" I said, but the man stepped directly in front of the woman, entering first, and then reached back and barely held the door open until she was just inside, then he let it go. Still in disbelief, in the privacy of my car, I uttered a few unkind words for a man I didn't even know.
I thought about my husband. How lucky I am! We’ve been married a very l—o—n—g time and I can’t remember a time that he didn’t open my car door or any other door, for that matter. If it’s raining, he brings an umbrella to my door and helps me out of the car. And I don’t even have to use a walker like that poor woman did. Until today, I was naïve enough to think that all men were like my husband – at least the older ones. I understand that the younger generation is different.
How sad it is that chivalry is dead! I thought. It was a beautiful thing!
While I was pondering this, the little gray-haired lady returned with several bags of groceries. She parked her buggy and, as if she had all day (perhaps she did), she took one bag at a time out of the buggy and walked slowly to her car placing it inside – just so – and then she’d go back for another. Again, I had the urge to help, but something deep inside told me that this woman was proud and enjoyed doing things for herself. As she drove away, I smiled thinking; I hope I’ll be like that if I’m ever forced to be alone.
My friend opened the car door, startling me a bit.  He said, “Sorry I took so long. Were you bored?”
“Not at all,” I answered. “I had my books. Remember?”
Posted by Peggy~ at 4:05 AM 6 comments: 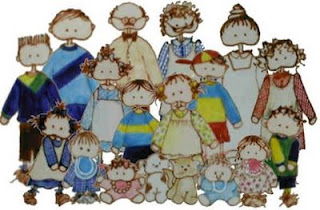 We are born into love, and we grow up believing we’ll always have that love. Our parents love us; our siblings love us; aunts, uncles and cousins love us; we are taught to believe in a God who loves us, and if we’re lucky, we eventually meet someone who loves us enough to share a wonderful life with us.

So with all that love surrounding a person his whole life, how does one fall into a pattern of hurting the people he or she loves most? And why is it so easy to hurt people who love you? Is it because you feel sure the person who has always been close will forgive you, no matter what you do?

There can be many factors that play a part in this kind of behavior. Alcohol, in particular, can change the way a person perceives things, thus causing him to lash out at anyone who disagrees with him. And it’s always easier to verbally attack someone who loves you. You feel certain that he either won’t take it seriously or will forgive you in the end. Usually, a person with this problem apologizes profusely when he’s sober and realizes what he’s done.

That may work for a while – but not forever.

What happens if the person you were counting on to love you always, suddenly finds you unlovable?  He decides he’s had enough of your abusive ways and walks away from you. What then?

Someone once said, “Relationships are like glass. Sometimes it’s better to leave them broken than to risk hurting yourself trying to put them back together.” 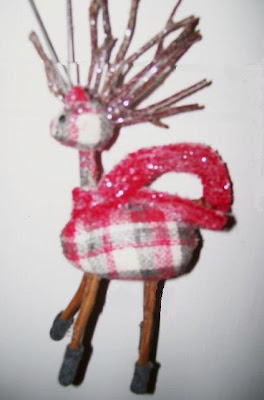 Some of you may remember a story I wrote last year about finding an odd ornament on my tree after Christmas for four years in a row. If not, you can check it out here: Aliens On My Tree if you like.

Well, this is year number five and I wasn’t quite sure it would happen again. I just figured that whoever is doing it would tire of the routine at some point and stop. But I was wrong. When my husband started taking the tree down, I was in another room and heard a little chuckle. “What is it?” I asked. He said, “Here it is!” and handed me the alien ornament that had been secretly placed on the tree for the fifth straight year. We had a good laugh and then I checked it out.

What can I say?  It’s different.  A reindeer.  With a plaid body. I suppose it’s supposed to be wearing a coat or sweater and there’s a red scarf wrapped around its neck, blowing in the wind. It has small twigs for legs and even smaller ones for antlers. To top it off, there’s a tiny pine cone for a tail! Really cute!

I don’t know who’s pulling this yearly prank (though I have an idea), but I do hope he’s getting as much joy out of doing it as we are being on the receiving end. It gives us one more surprise to look forward to when the delights of the season have almost come to an end.

It seems some people have a knack for doing little things that make others happy. What a wonderful talent!

We’re so grateful to have this person, or persons, in our family!