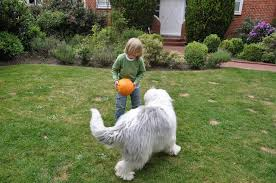 henever my father saw an infant, a small child or, in fact, anyone under forty, he’d grin, move his head slowly from side to side and say, “I’d give anything to be that age and know what I know now.”
Hardly a day goes by that I don’t remember my dad and the things he used to say. And I was recently reminded once again, when I read a Letter to the Editor in the Charleston Gazette by Joseph Mazella of Upper Glade who also writes an occasional Essay on Faith for the newspaper.
Mr. Mazella said his daughter was leafing through some old photo albums and pulled out a picture of him as a skinny twelve-year-old. The first thought that came to his mind when he saw the picture was, “If only I’d known then what I know now!”
He went on to tell of the many things he would have done differently if that had been the case. Here are just a few:
He would have slept in less and watched the sunrise more; gone barefoot in the grass earlier in the spring and later in the fall; read more books and watched less TV; played fetch with his dog every time he wanted to; he would have paid less attention to how he looked and more attention to how he treated others; he would have hugged his Mom and Grandma every day and told them how much he loved them; argued less with his brothers and been kinder to the little girl at school who liked him so much; he would have danced more, laughed more and sang more, no matter who was watching, and he would not have cared one bit what people thought of him. And finally, he would have rejoiced in the joys of each new day and not worried about the problems of tomorrow.

I wish my dad could have read Mr. Mazella’s letter.
How many of us have wished we’d known then what we know now so we could have done things differently? But, realistically, it’s impossible to know when we’re young all the things we learn as we go through life.
Sadly, it takes both laughter and tears and sometimes it seems as though we'll never make it through, but in the end, we do. We learn, and grow, and love -- hopefully, without regrets, so we don't have to go through life saying,

OH, how true this is! I sure wish I could go back a do some things over. Good post, Peggy!

I'd like to start at about 15 and do it all again. I messed up bigtyme.

Mr. mazella has some good thoughts. Great post. a lot to think about.

Love it! Will be thinking about what I could do over for a long time. thanx.

Wonderful post. As anonymous said, a lot to think about.