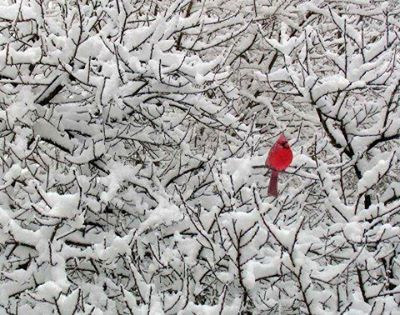 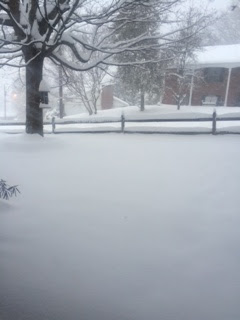 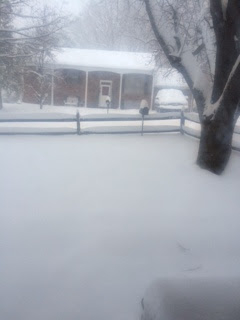 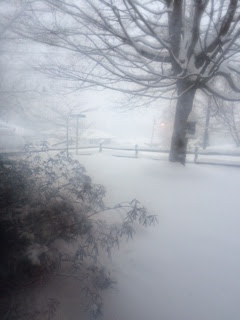 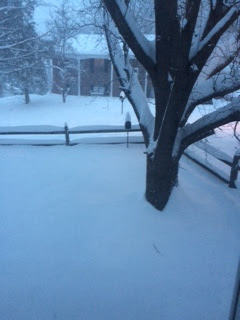 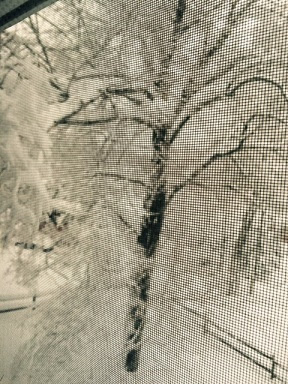 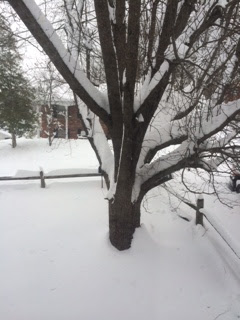 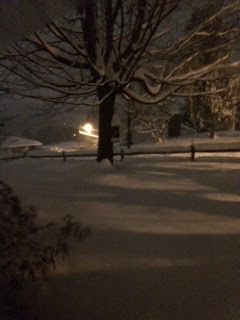 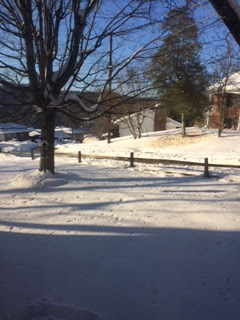 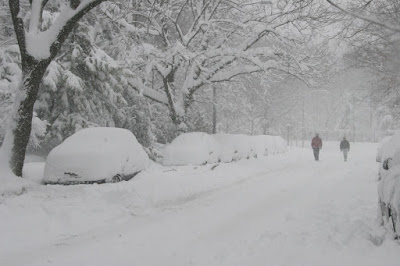 This afternoon, when Mr. H. went to Walmart to get the essentials we might need for the predicted winter storm, there were so many cars coming off the parking lot that he had trouble getting on it. Inside, bread and other items were low.
People go crazy in these situations!
It’s okay to be prepared, but some act as if we’re going to be unable to get out of our houses for weeks! It’s just not like that where we live. A snow storm here usually doesn’t keep us in for more than one day. By the time the cities salt the streets, usually soon after the snowfall, almost anyone who has at least front wheel drive can get out and do whatever he needs to do.
None of us who live in this area will ever forget another predicted storm. A warning about a potentially serious blizzard turned into something that people still joke about today.
In January of 1977, less than two weeks after Jay Rockefeller was sworn in as governor of West Virginia, and still in the midst of a frigid winter, the National Weather Service was suddenly predicting a huge winter storm to hit the state. Emergency announcements were being made on the radio stations. The new governor went on the air and warned everyone on that Friday afternoon that a blizzard was coming from the west. It was going to be worse than the infamous Thanksgiving 1950 storm that some of us had heard our parents tell such tall tales about.
When I arrived at the Real Estate office where I worked, our boss called us in his office and informed us about the predicted storm and told us to go home and get prepared. We’d close the office that day and he’d see us when it was all over. “Stay warm and safe,” were his last words.
So home I went, making a mental shopping list as I drove. We’d have to have bread and milk, of course. Staples. Plenty of potatoes and other vegetables, canned goods – and a good assortment of snack foods for the children. It was hard to know how much to buy since we didn't know how many days (or possibly weeks) we’d be snowed in. After all, the governor had declared a state of emergency!
The inside of Krogers was crazy that afternoon. Everyone had heard about the coming blizzard and was stocking up for the inevitable isolation. I have never seen such crisis shopping in my life, as entire shelving units were being depleted! The lines at the checkout were horrendous! It was quite an experience.
However, by the time most of us awoke  on Saturday morning, it was apparent that the big blizzard had not materialized. For all the emergency proclamations by the governor, and for all the madhouse behavior at the grocery store, this supposedly gigantic blizzard was hardly worse than a typical winter snowstorm—it was measured in inches, not feet.
While we don't remember it for its epic amounts of snow, we will always remember the hype that went into Rockefeller's Blizzard of 1977.
amazon.com/author/peggytoneyhorton 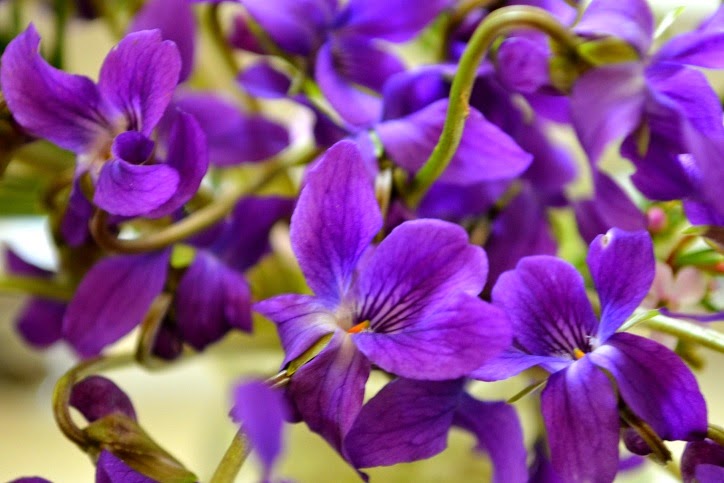 On Blair Mountain,
wildflowers bloom profusely
in springtime.
Tall Blue Phlox bend and sway
in the chilly breeze
while sprightly
Dandelions frolic among them;
thick stands of
Cattails huddle next to ponds,
their flowering spikes reaching
for the sun; copious
Violets creep over greening
meadows, transforming
them to blue velvet, and convey
a stunning image as they vie
with dazzling yellow
Buttercups for “Best of Show.”
©2014Peggy Toney Horton 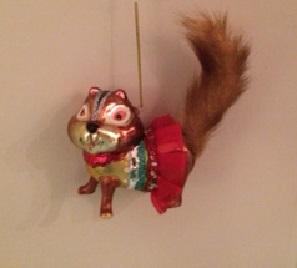 Some of my Facebook friends have been asking if I found a surprise on my tree this year. Sorry I took so long to answer but we just got around to taking our tree down today and yes, we found the usual odd ornament that we didn’t hang when we decorated the tree.
In case you aren’t familiar with this alien ornament story, here’s an explanation: a member of our family has seen fit to secretly gift Mr. H. and me with a new, unusual ornament every year for the past nine years. We never discover this new ornament until we dismantle the tree. The first year it happened, we asked every member of our family, but nobody knew how the alien ornament came to be hanging on our tree. It was a puzzle!
I gave up. I don’t ask anymore. We just enjoy the thrill of discovering the surprise each year.
And I must say, this year’s bequest absolutely has to be the most unusual one yet! It’s a cute little squirrel with a big bushy tail, wearing a red skirt. She’s larger than she looks in the picture and can stand alone. Very cute! The picture doesn’t do her justice.
I have no idea where our donor finds such unusual ornaments, but I will say he or she has given us a lot of pleasure over the past nine years. This year, I wrapped each of the ornaments carefully in tissue paper and placed them in a box of their own. I labeled the box, “Alien Ornaments – 2007 – 2015.” That way, if Mr. H. and I should not be here to decorate a tree on some future Christmas, our children will be able to distinguish the alien ornaments from the ones we’ve always had on the tree.
Perhaps at that time, the person or persons who have been giving them to us, will claim them and give them a home on their tree.
I hope so.
Last year's alien ornament: http://www.pegylu.net/2015/01/alien-ornament-number-eight.html
﻿