Upon reading my most recent newspaper column,  http://www.wvgazettemail.com/life/20151206/write-your-own-column-none-the-worse-for-wear
my friend, Carol, texted this:

What both of us were remembering was my visit with her in Florida about four years ago when I arrived with a broken shoe heel. One could hear me coming in the airport long before he/she saw me, as the noise of the floppy shoe heel rang out loud and clear... clickety-clack, clickety-clack. But, I sashayed along as if it were perfectly normal to make a noise like that with each step, even though everyone was staring and whispering behind their hands.  :) (paranoia, anyone?)

But never let it be said that I'm not courageous!  Carol's significant other repaired the shoe while I was there and I wore the very same red shoes on the return trip home!  :) 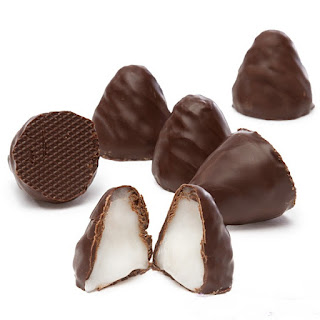 What is it about Christmastime that stirs up memories? It takes only a simple everyday happening to trigger a wonderful long-ago mind picture!
For instance, this evening, when I made a cup of coffee in my Keurig, I watched, biting my lip, as the coffee kept coming until it was even with the rim of the cup. I was prepared to clean up the mess it was bound to make, but, lucky for me, it stopped just in time.
Instant flashback: my dad sitting at my kitchen table while I poured him a cup of coffee. When I stopped pouring, he pushed the cup toward me and said, “Give me a cup of coffee!” I laughed and finished filling it to the top of the cup. It was a pet-peeve – people who gave him three-quarters of a cup of coffee.
Remembering that led me to other memories of him that are just as sweet.
When I was a little girl, many stores had candy counters where they sold loose candy by the pound. They’d weigh out the amount you wanted, put it in a bag and charge you accordingly.
Every Christmas Eve morning, as far back as I can remember, Daddy would get up early, have breakfast and head out to do some shopping. When he returned a few hours later, he not only had some secret purchases, which he immediately hid, but he also had a large white bag. I always knew what was in it and watched intently as he took individual white bags out of the large one. One contained chocolate drops, (remember those?) another, chocolate covered peanuts, which I loved, and yet another had assorted hard candy. There were candy canes, cinnamon drops, and thick chunks of fudge. Even though my mother always made fudge, it was part of his tradition to buy it too. He also delivered bags of candy to some less-fortunate children in the area. He was a kind man.
Even though he’s been gone for many years, much of my life still revolves around recollections of him.
At Christmastime, whenever I feel overwhelmed and a little out of sorts, as we all do at times, all I have to do is think of my father and the things he'd be doing if he were here – and I smile.  Quote found here.