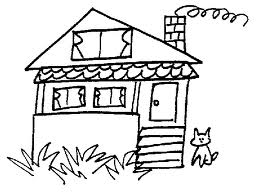 It appears it’s just as difficult to get out of the hospital as it is to get in... or more so!  I read on an Internet site that, once discharged, most patients leave the hospital before 11am. This didn’t happen with us.

My son called me last night to report that the doctor had told him, “If all goes well, I’ll let you go home tomorrow morning.” He was elated! Seems the bleeding had been stopped, he was eating well and all that was left was to get his Coumadin regulated again. He didn’t see the need to lie in a hospital bed, feeling reasonably good again, for the sole purpose of taking one pill a day. So he told the doctor he could do this at home while comfortable, taking care of things and feeding his cat. The doctor wasn’t thrilled about it, but finally, after much cajoling from my son, agreed.

My son asked me to get up early because the doctor visits early and, “I’ll be anxious to get home,” he said. I agreed... dreading it because I had already been getting up early and staying up late for a week! But telling myself this wouldn’t take long and I may even get to come home and take a nap, I got up and got ready to go.

I was ready by ten a.m. (early for me), but decided to call first and see if all the paperwork had been done and if he was indeed ready to leave. But I learned that the doctor hadn’t been there to fill out the papers and, while all the nurses knew he was leaving today, nothing had been done to hasten that event. I said, “I’ll come on over in a little while and perhaps the doctor will have been there by the time I get there.” Ha!

I moseyed over a little after noon. He’d just finished lunch. He hadn’t seen hide nor hair of the doctor! We waited. I drank the cup of yucky coffee on his lunch tray just because it was warm. He doesn’t drink the stuff. And we waited.

Around one-thirty, I made a trip to the nurse’s station, where there were no smiling faces. I wondered why all those young faces were so glum.“This hospital could certainly use some personnel with some sparkle,” I thought. I asked one of them if anyone had any idea when my son would get to leave. “His doctor told him he could go this morning!” I stressed.

A young lady went to the files, did some checking and informed me that the doctor hadn’t filled out his papers yet (that much I knew); she said that nothing could be done until he did. I thanked her and walked away muttering not so pretty things under my breath.

Back in the room, I paced the floor, my jacket around my shoulders, but still freezing. I made several trips to the restroom – not because I had to go, but because it was the warmest room I could find. It’s a good thing there were two on every floor, because I definitely monopolized that particular one all day!

At two-o’clock, I called the doctor’s office. His office girl, who does have a pleasing personality, said he would be seeing patient’s until three-o’clock and then he would be going to the hospital. That gave us some encouragement! We watched the clock and counted the minutes until three... and then, we expected him to be there in thirty minutes or less. We finally had reason to be excited. By this time, I was so cold that I envisioned the room an ice encrusted room from a scene in Dr. Zhivago! After spending another ten minutes in the restroom getting slightly warm, I leaned back in the recliner, covered myself with a blanket and closed my eyes - determined to relax.

But the doctor didn't get there at three-thirty. Or four o'clock. Or five o'clock!

At five-thirty, the door opened. A smiling doctor entered and walked toward us asking, “Are you waiting?”  Hmmmm – don’t think I’ll comment; it would surely not be pleasant. So I kept quiet. Dinner was delivered and my son decided he'd eat it since it was there. The doctor had already done the paper work; he gave my son a few instructions and we were on our way – or so we thought!

All smiles once more, we were getting his things ready when a nurse came in. She said, “Going home, huh?” Someday, I thought, but like a good little girl, I kept quiet. My son is so pleasant natured that he’d earned the reputation as the nicest patient on the floor, and I was sure he didn’t want Mama to ruin it for him. But it was difficult!  Needless to say, he didn’t inherit his even temper from me.

Then the nurse informed us that the doctor wanted him to have his Coumadin before going home. Trouble is – it hadn’t been sent up from the pharmacy yet. How long did that take? You ask. Another hour, if you can believe it. At six-forty-five, we were still waiting, me biting my lip, my son continuing to smile. A technician entered to take his blood pressure. Once again, “Oh, you’re going home!” That was it! I just couldn’t take it anymore! I said, “He’s been trying to do that since nine-o’clock this morning!” Her smile faded as she finished the task at hand. “What has happened here today will make a nice write-up for the newspaper,” I added. She left without a word.

Two minutes, tops, passed. A nurse walked in, all smiles, papers in hand, retrieved a Coumadin pill from a cabinet, gave it to him and then explained his discharge papers and instructed him where to sign them.

I left to get the car and she brought him to it in a wheelchair. It was done! She and my son exchanged nice good-byes and we drove away.

It was almost eight p.m. when I delivered him to his home – about ten hours later than it should have been! I see no excuse for this kind of delay in getting someone released from the hospital!

But unfortunately, there is nothing to be done. It seems we are at their mercy!

We are at their mercy, Peggy.
I am so glad your son got home safe and sound!!!!! Hospitals are places no one wants to be except the staff.:)
Great article.