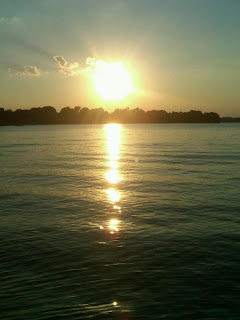 Sometimes I find that shortly after I have read or studied a particular subject, I am presented with an opportunity to use my newfound knowledge to help someone.  Though this has happened many times, it surprises me each time it occurs.  I am awestruck by God’s perfect timing and have no doubt that He is in control.

Recently, a friend who had just lost her mother, was separated from her husband, and is faced with serious health problems herself, told me that she had been taught that God would not put more on her than she could bear. She is convinced, though, that He has done exactly that. Her question: “Why me?”

I deemed this an “Aha!” moment because, only the day before, I had delved into a study about why God allows adversity, and was able to share with my friend some of what I had learned.

The way I understand it, God allows adversity to come upon us when He wants our attention. If life is good, we tend to ignore Him. Becoming self-satisfied, we incorrectly think that if nothing is wrong, everything is right. However, God wants a relationship with His children, just as we long for a close tie with ours, so when we are so involved with earthly pleasures that we don’t have time for Him, He sometimes uses adversity to bring us around.

C. S. Lewis wrote in his book, The Problem of Pain, “God whispers to us in our pleasures, speaks in our conscience, but shouts in our pains: it is His megaphone to rouse a deaf world.”

Think about what God did to Saul, who later became the apostle Paul. As he was traveling to to arrest believers, God struck him down with blinding light. Thinking his blindness was permanent, Saul was now ready to listen to God.

Such is the influence of adversity. When we are preoccupied with our own interests and desires, we cannot see the need for His involvement in our lives, but things change quickly when trouble strikes. Challenging times have been known to bring even the most stubborn of us to our knees.

If God has allowed adversity to befall you, He may be trying to get your undivided attention. He wants you to trust Him. He wants you to talk to Him.  He desires a relationship with you. Seeing all things, perhaps He knows you are about to make a bad decision and wants to help you avoid it. Whatever your circumstances, rest assured that God has a purpose for everything He does. He may even have something exciting in store for you.

Surprisingly, my friend listened to my little sermon with genuine interest.  When I had finished, she wiped tears from her eyes and said, “Well, He certainly has my attention!”

This is so good Peggy. I bet you teach Sunday School don't yoy?