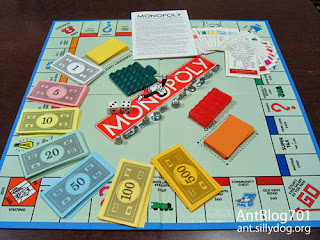 Yesterday, while standing in line at the grocery store, I overheard two young women talking.

“I know what you mean," said the first. "This hot, rainy summer we’ve had made it worse than usual. My kids sit around in the house all day doing nothing but watching TV, surfing the net, eating and making messes.”

“Same here. I'll be glad to get them out of the house.”

Driving home, I thought about the conversation and the glee with which those two women were looking forward to getting their children back in school.

From that quiet corner of my mind where beautiful memories dwell – I recalled the happy times when my children were young. I enjoyed summer vacation as much as they did. I loved Thanksgiving and Christmas breaks. Spring break. And snow days. Any reason for my kids to stay at home with me was a good thing!

Other mothers thought I was crazy. Most of them were like the young women I heard talking yesterday. Eager for freedom. Freedom to go shopping, bowling, play bridge, or just lounge around watching soap operas.

I was the only mother I knew who cried on the first day of school.

We had such wonderful summers together – my kids and I. During the day while I cleaned, did laundry, and cooked, they were outside with friends. There were no computers or I-pads to occupy their time in those days. And TV was for early morning kids’ shows like Captain Kangaroo or something special in the evening – certainly not for wasting away their days!

Kids were always active then. That’s why childhood obesity was almost nonexistent. Their days were spent riding bicycles, playing basketball, or climbing mountains. Even after dinner, they hurried back outside to get in the final remnants of the day’s play before porch lights started dotting the neighborhood. That was their signal to go home.

For my kids, it was time for a bath, a snack and a little fun before bedtime. And it was the best time of the day for me. I cherished those evenings with my children.

Sometimes we engaged in a lengthy Monopoly game that kept us up way too late, but it didn’t matter because we could sleep as late as we wanted. Other times, Yahtzee was the game of choice and occasionally, the older ones and I played Scrabble. When there was a good movie on, or some other favorite show, I popped a huge bowl of popcorn and we settled down in the family room to watch TV. No matter how we chose to spend the evenings, there was always a lot of fun and laughter.

But all good things must end and much too soon, it was the first day of school. After they had breakfast and were ready to go, I stood at the door and hugged each of them as they left. When I closed the door behind the last one, I rushed to the window with the farthest view and watched them until they were out of sight.

And then I dried my tears, poured a cup of coffee and watched Captain Kangaroo.

Awww.. what a sweet story Peggy. You loved your children very much. Lucky kids!

This is great peg. you have a way of telling stories that makes one feel as though they are a part of it. A real talent. Keep it up.

Those other mothers didn't know what they were missing. Kids grow up so fast and you look back and wonder why you didn't spend more time with them. You were the lucky one peg. Your kids were even luckier. Bless you!

Your ponderings make my day they lift me up and I need lifting mome and more these days, I too cried over the first day of school and I always went the first day, up until I was told, I can go by myself mom. I miss those days. God Bless you.

And God Bless you, Drema! ♥

What glorious memories are there for those of us who reached out and took yesterday into our hands -as you did.

What glorious memories indeed!
Thanks, Hugh.