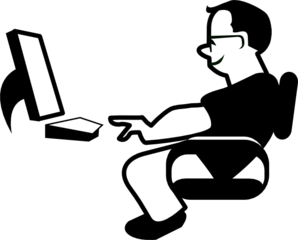 Yesterday was a beautiful, sunny day. A delicate breeze made it a pleasure to be outside when Mr. H. and I ran errands.
I enjoyed spending some time with my husband, too. Like many men, Mr. H. doesn’t talk much. About the only time it’s possible to have a real conversation with him is when I have him held hostage in the car on the way to church, a doctor’s appointment, or a not-too-frequent trip to our daughter’s in North Carolina. I really get to catch up on one of those four hour drives! I admit, I do most of the talking, but the point is – there’s no place for him to go. He either has to listen and participate or tune me out – which he’s a master at doing.
But occasionally, I hit on a subject that opens the talking valve in his brain. I love it when that happens! Even if I know very little about the subject, I pretend – just to keep him talking. Only thing is... once the valve is open, sometimes you can’t find the “close” button. If he likes his subject, and knows it well, he’ll go on and on. I’ve listened to dissertations about installing furnaces and air conditioners, how to take a hard drive out of a computer and put it back, and the perils of consistently letting your car run on a near-empty gas tank.
But, whatever the subject, I don’t complain. If he’s talking, I’m happy, since most of the time, his side of the conversation is made up of, “Uh-huh’s” and “I guess so’s.”
Why do women talk so easily while men – at least some of them – find it difficult to carry on a conversation, especially with their wives?
My daughter has an amusing theory. She says, “God made men and women totally opposite, then threw them together and said, ‘Get along.’ Knowing it would be impossible, He enjoys sitting ‘up there’ laughing as He watches us try.” I think she could be right.
Mr. H. and I are certainly total opposites! Not just when it comes to talking, but everything. And yet, we’ve been married most of our lives – to each other.
We like different foods, different TV shows, books, music, colors, and while I love to go to the mountains for vacation, he prefers the beach. The list goes on and on, but so does our life together.
I think we’ve found the secret to a long and happy marriage.
A lot of freedom! From each other. We don’t try to make it a "do everything together, twenty-four-seven" kind of marriage. For us, that would get old fast.
Mr. H. has his own space: a den, complete with recliner, desk, phone, computer, scanner, printer, TV, DVD player and a big ashtray for his pipe ashes.
What more could a man want?
I have the rest of the house: my books, music, TV, DVD player, laptop computer, phone, work-out equipment and the kitchen, which he can raid any time he wants.
Seems fair to me!

And all this time apart makes the time we spend together so much sweeter.

When are you together? You ask. Well, we eat our meals together, after preparing them together, we sleep together and we travel together - most of the time. (That's when I get him to talk. Remember?)
In my opinion, too much togetherness is not a good recipe for a happy marriage especially when two opposites attract at a very young age, as we did, and vow to stay together forever.
When we eloped, much too young, people were betting we'd never make it, but we've made it long enough to raise a large family and enjoy several grandchildren.
Hope they weren't betting money!

I love this Mrs. H. A peacefilled relationship. A man who listens is a good man.....I think. Mr Optomistic is a talker. Some of those conversations that you described could have been my O talking. Sometimes I tease him and say, "Could we save this conversation for tonight when I'm trying to fall asleep?"

That's funny, Claire! There should be a happy medium, shouldn't there?

This is a great post Peggy. Love it! Sounds like you and Mr. H. have it together. (no pun intended)

good one peg. your posts are always entertaining. sam