Does Anyone Want To Work? 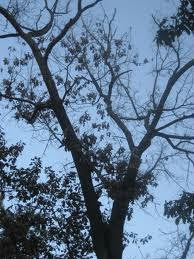 It seems everyone needs money these days, but no one wants to work for it. My son, L, needed some tree work done. A young man stopped by his house and said, “I’ll cut down those three trees for $750.” L said, “That’s awfully reasonable for three trees. Are you sure?” The man answered, “I know it should cost a lot more, but I need the money so I'm willing to do it cheap.” L said, “Okay.” He was delighted. Three big trees taken down for what it would normally cost for one.
The man was supposed to come by with a contract for my son to sign. Days went by and he didn't come. But one evening, L came home from work and there he was – with his crew of helpers – cutting down the two smallest trees. No contract was signed. When they finished, they left a big mess in the yard, large stumps that needed to be cut closer to the ground and L's driveway full of branches preventing him from getting his car off the street. L would have to call the city to pick up the branches.
The man promised to come back, clean up the mess, remove the stumps, (for which he said they didn’t have the proper saw today), and cut down the larger tree. Okay. L gave him half the money and everyone was happy.
The city promised to get the branches out of the driveway. L parked on the street for three weeks before that happened! M, the tree man, didn’t show up for another week. When he did, he picked up some of the debris in the yard, said he still didn’t have the saw for the stumps but he’d be back soon and get it all done.
It rained. Actually, there was a terrible storm! The wind blew a 4'x4' section of shingles off L’s house. The attic was leaking. The next day, M came by, saw the roof and said, “I’ll patch that for you for $100.” L said, “Wonderful! Do it soon, before it rains again.” M said he would. He’d also clean the gutters while he was on the roof and then he’d start on cutting down the big tree. But he’d need a little more money for materials. L gave him more money.  Not all.
M is gone! That was more than a month ago. L found someone else to patch the roof and clean the gutters. The big, dying tree still stands in the front yard like an ugly statue for birds to assemble on, while L paces the floor during storms wondering if it’s going to come down and take out power lines or worse.
I rant and rave about this situation. But L shrugs it off, confident that he got a “good deal,” and that it was worth what he paid M to cut the two trees down. He says, “If he needed the money that badly, I hope it helped him.”
I thank God for my son's goodness.
As for M ~ I feel sure he’ll get what he deserves. People usually do. 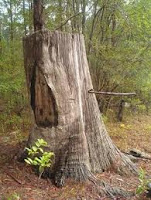 What a great post. This should be on a newspaper op-ed page. There are people like that taking advantage of others all the time, especially the elderly. Someone needs to stop them

way to go peg. your son is to easy going. He should track the man down and make him finish the job. jimbob

yes. there is to much of this going on. Anonymous is right. it needs to be stopped! luella

Hey peg. on your soapbox i see. your right. the M's of the world need to be taught a lesson. good post. sam

Its hard to get anyone to do odd jobs and if you find someone they don't do a good job. I don't know what the answer is, but tell your son to never pay someone until the job is done.

Sure, "L" might continue developing his bargaining skills, but he's 100 years old when it comes to forgiveness, not harboring a grudge and setting a wonderful example for his kids on what counts in life. And that means his own mom and dad did a good job with him too.