A Good Day For Storytelling 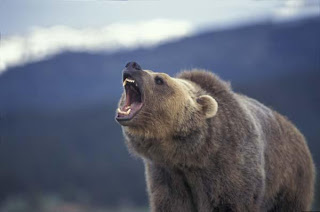 Today is Labor Day, a holiday that the U.S. observes on the first Monday in September to pay tribute to the contributions and achievements of American workers. It was created by the labor movement in the late 19th century and became a federal holiday in 1894. Labor Day also symbolizes the end of summer for many Americans, and is celebrated with parties, parades and athletic events.

When I was young – very young – my dad put Labor Day right up there with the Fourth of July in holiday rankings. He was a coal miner. A working man. Labor Day meant a day off for anyone with that title.

It wasn’t just a day off. It was the last day off until Thanksgiving, unless it happened to be an election year, of course, when there’d be a day off in early November to vote. That was a big day for my dad, also. And when I was growing up, school always started the day after Labor Day, so that made it a biggie for me, too.

Every holiday was a big deal for my dad. Each special day that rolls around brings with it loving memories of him and his zest for life. He was the force behind our family; a typical “head of the household” man. I wonder how many of those are left.

If I could turn back the hands on the clock today to a time when I was about ten years old, I’d find my dad sitting on the front porch swing puffing on his pipe; my mother would be in the kitchen cooking a nice meal and I’d be sitting on the porch listening to one of my dad’s stories. He always had a story! I was never quite sure if his tales were true or if he was just having fun with his listeners. He loved to tease!

There was one I’d heard many times, but I kept asking him to tell it again and again over the years. Seems he and a friend went hunting in mid-November. It was pretty cold so they took along some moonshine. They couldn’t say where it came from, but its purpose, so they said, was to help them stay warm.

“Like I said, it was awfully cold,” my dad began, “so we needed a few swigs of that moonshine before we ever got started. Only thing was, before long, we were feelin’ so nice and warm, we didn’t care much about shootin’ anything but the breeze, so we found a couple-a tree trunks to lean back on and sat down and started tellin’ each other tall tales. We were just a-laughin’ and havin’ the best ole time when all of a sudden, we heard a noise from behind some bushes.” We both sat straight up!

“What was that?” Ole Jim said, his eyes as big as half dollars. “’Bout the time I was ready to answer, that noise came again! Well, we didn’t wait around to see what it was. We were both on our feet in a flash and climbin’ the trees right behind us. In a few minutes, we sure were glad we did ‘cause we saw what was makin’ all the noise.” It was a big ole grizzly bear!” He came walkin’ out from behind the bushes, didn’t even see us, but you could tell he was hungry ‘cause he went right over to our basket of food and started pullin’ out stuff and eatin’ everything in sight. He must-a been thirsty, too, ‘cause he looked around and, sure nuff, he spotted our jug-a moonshine. Well that ole bear picked up that jug and turned it up and just barely tasted that corn liquor before he shook his head like a wet dog and then snorted like a scared stallion. We were tryin’ to keep from laughin’, ‘cause we didn’t want that ole grizzly to spot us, but it was the funniest thing I’d ever seen!”

Well, we didn’t know what to do. We just wanted him to leave so we could come down and go on home since he’d done away with all our food and everything. But he just kept lookin’ around. He finally picked up the jug again, turned it up to his mouth and didn’t take it down ‘til it was plumb empty! Then he pitched it as far as he could.”

I was gettin’ so cold I didn’t know if I’d ever be able to move again and so was ole Jim, but that grizzly didn’t look like he was goin’ anywhere. Then after about twenty minutes, all of a sudden, plunk... he just fell to the ground! Me’ n ole Jim looked at one another. “You think it’s alright,” Jim said. “I reckon it is,” I said back, “He doesn’t look like he’s gettin’ up any time soon.”

So we came down outta the trees, tiptoed around that big grizzly bear, and took off runnin’. We didn’t stop ‘til we got to Jim’s pick-up parked down on the highway ‘bout a half mile away. Me ‘n ole Jim were so glad to get home, we never went huntin’ again!”

"Every word!" my dad said, winking.

How funny peg. you talk a lot about your dad. that's nice. luella

good story about your dad's story peg. that must be where you get your story telling talent. keep it up. sam