Are You An HSP? 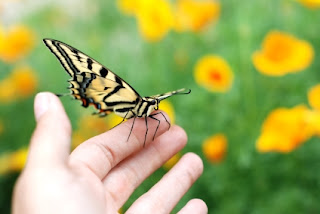 Sometimes I wake up feeling so low, I’d need a ladder to climb on the back of a rattlesnake. Someone asks, “What’s wrong?”
“Nothing,” I lie, in an effort to hide my misery.
But today was different. The gloominess was so severe; I had no choice but to inflict myself on a friend. However, I didn’t get a chance to express my feelings. She immediately took control of the conversation and, by the time she finished droning on and on about her problems, I felt like a candidate for the Noble Joy Prize! (?)
I suppose the moral of that story is: To forget your own troubles, listen to someone else’s. Don't try to help. Just listen.
For some, moods are varied. They wake up one day wondering how they’ll make it through the day, and then the very next morning, the sun is shining brightly and they find themselves happy and thankful for their many blessings.
“Only if they’re bipolar,” you’re saying. But that’s not always the case. Some people are just more sensitive than others. And there’s nothing wrong with that. I recently took a quiz called The Highly Sensitive Person Test. At the end, it said if you answered "yes" to 14 of the 27 questions, you are a highly sensitive person - or HSP. I answered "yes" to 26 of them!
I was a little concerned until I read further:
If you find you are highly sensitive, you need to begin by knowing the following:
Writers and artists are almost universally considered to be the most sensitive members of our species. They tend to feel things more deeply than their non-sensitive friends.

I could have guessed that about you peggy. this is good.

where can I find this test? I'd like to take it to. I know I'm an HSP.

It shows peg. anyone would know by the way you write that you feel things deeper than most people.

yes peg. it's easy to see that yuou are sensitive. you couldn't express yourself so well if you weren't. sam

thanks for adding the link to the test peg. I took it and I'm an HsP to. I had 22 yeses.