Laughter Is The Best Medicine 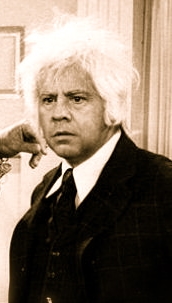 A few days ago, my husband went to our son’s house to begin taking out his old heating system in preparation for installing a new one. He worked for several hours accomplishing what he’d planned to. This was his line of work before he retired. He had his own heating and air conditioning business for thirty years.
However, being retired for a while takes its toll; the inactive pattern we let ourselves fall into often hurts us more than we realize. The next morning when he awakened, he was surprised to find that his back was very sore and it was hard to move. He said, “I think I used muscles I haven’t used for a while.” He took medication and hoped the pain would cease shortly so he could go back and continue working on the job.
But it was not to be. He could barely walk. At one point, I watched him trying and couldn’t help but giggle. The injured look on his face compelled me apologize quickly. “I’m sorry,” I said. “I know it’s not funny, but you remind me a little of Tim Conway’s character in the old Carol Burnett shows.” I thought it might cheer him up, but he couldn’t even muster a grin.
Many of you will remember the character I’m talking about. He portrayed a very slow-moving old man, shuffling his feet along—barely managing to put one foot in front of the other just an inch or two at a time. It was hilarious! If you're too young to remember it, you missed a classic!
Resting that day and more medication plus a good night’s sleep gave my husband enough relief that he was able to continue the work at our son’s house the next day. I was grateful to see him moving again, but I’m also grateful for the many funny memories he unwittingly evoked.


Laughter is indeed the best medicine, even if – this time – the person who needed it most, didn’t feel much like laughing.

I do remember that old man peg. that was the funniest skit they ever did on that show.

I'm glad your husband wasn't down in the back any longer. sometimes it takes much longer to get back to normal. He was lucky. I remember Tim Conway doing that old man. very funny!

Carol Burnett's show was hilarious in every way but your right. the Tim Conway old man was very funny. I'm glad you reminded me.

that show was very funny peg. I remember it well. wouldn't miss it. thanks for the memories. sam