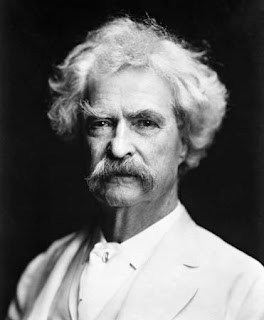 “Everybody talks about the weather, but nobody does anything about it.” If you were to ask a group of people who gets credit for that quote, 98 out of 100 would say, “Mark Twain.” But they’d be wrong. Charles Dudley Warner actually said that.

That’s about the only memorable quote that the well-loved Mark Twain didn’t say. I own a book called “The Wit and Wisdom of Mark Twain.” It is loaded with his quotes.  Here is a small sampling:

Always do right. This will gratify some people and astonish the rest.

Always obey your parents, when they are present.

Life would be infinitely happier if we could be born at the age of 80 and gradually approach 18.

Suppose, reader, you were a member of Congress. And suppose you were a jackass. But I repeat myself.

It’s better to keep your mouth shut and appear stupid than to open it and remove all doubt.

Whatever a man’s age, he can reduce it several years by putting a bright-colored flower in his buttonhole.

When angry, count to ten. When very angry, swear.

If you pick up a starving dog and make him prosperous, he will not bite you. This is the principal difference between a dog and a man.

It is better to support schools than jails.

The more things are forbidden, the more popular they become.

It takes your enemy and your friend, working together, to hurt you to the heart—the one to slander you and the other to get the news to you.

Never learn to do anything. If you don’t learn, you’ll always find someone else to do it for you.

Few of us can stand prosperity—another man’s, I mean.

If a person offend you and you are in doubt as to whether it was intentional or not, do not resort to extreme measures. Simply watch your chance and hit him with a brick. “Advice to Youth,” speech, 1882
This is only a small selection. Practically everything Twain ever wrote or said was worth quoting.

A final example:  On Women ~ "Statistics show that women live longer than men; but that’s hardly surprising. A woman always takes longer to get ready—for anything."

I love Mark Twain. Thanks for this.

I think everyone likes Twain peg. But we like you better. Give us one of your very own. sam

Thanks, Sam, but I could never measure up to Mark Twain. However,I'll do my best to give you one of my posts this evening.

I do like Mark Twain. His quotes are so witty and funny. thanks for sharing some of them. I may buy that book you quoted from.