You Can't Fix It! 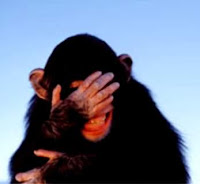 Occasionally, I do crazy, embarrassing things. One night I wrote an e-mail to my daughter bemoaning the fact that her brother had visited much too long and I was really worn out! Just as I pushed "Send" on the mail program, I caught a glimpse of the address on the e-mail. It was not my daughter's, but my son's... the one I had been writing about.  I prayed for a magic trick to get that e-mail back, but as you know, there is none.

What did you do? you ask.  I picked up the phone, called my son and fessed-up. I told him I was sorry, and I hoped he would forgive me. He was a good sport. He said, “I won’t even read it.”  However, I learned later that he had. But, fortunately for me, he  laughed it off.

I don't know why we do these things. In my case, sometimes my mind seems to go totally blank for a few seconds. Some people call it a “senior moment,” but I’ve been fouling up like this for a long time... even when I was young.

Back when shag carpet was so popular, we covered our bedroom floor with it. When I realized that it bothered me because it flattened out after a little walking on it, I made an appointment for a vacuum cleaner salesman to come and demonstrate a new attachment they had recently put on the market. It attached to your vacuum’s hose and when you ran it over your carpet, it fluffed it up to look like new. I was excited about it!

On the morning of the appointment, my husband woke up sick. He apparently had a virus and had to stay in bed. When the salesman rang the doorbell, right on time, I opened the door with my apology ready. I said, “I’m so sorry. We’ll have to do this later; I can’t take you to the bedroom because my husband’s home today.”

The man looked stunned for a minute and I could tell he was struggling to keep from laughing. Feeling my face turning red, I tried to fix it but, the more I said, the worse it sounded. So I quickly muttered that I’d make another appointment, pushed him out the door, closed it, and fell on the floor laughing uncontrollably! I never made another appointment.

That wasn’t the last time. I’ve done things like that many times. I once asked a woman when her baby was due only to be told, rather harshly, that it had been born three weeks ago. And more than once, I inquired about someone I hadn’t seen for a while and was told they’d passed away six months ago.

There were other blunders too embarrassing to mention here. I’ve heard others talk about doing things like this, too. The bottom line is, we’re all human and we make mistakes.

But honestly, it does seem that I make more than my share.
Posted by Peggy~ at 12:38 AM

Oh my. that poor salesman. Bet he laughed all day and told all his work mates about you.

you are really somethin peg. sam

we all do things like that. that's what makes life fun if we can just laugh at ourselves.

Peggy you write the cutest things. I love reading your posts. All my friends read them to. Keep up the good work. Sandy

I laughed so hard reading about the vacuum cleaner salesman. I can just imagine how embarrassed you must have been.