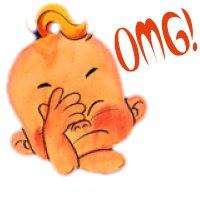 A friend and I were discussing why we sometimes say things incorrectly even when we know better. It can be funny, but it's usually very embarrassing. I once told a man I was trying to impress that riding the bus to work was “unconvenient.” In two seconds, I realized what I’d said and wished I could take it back, but of course, once it’s out of your mouth, there’s no taking it back! This sweet man immediately made me feel worse, though I'm sure that wasn't his intention; he said, "Yes, it is "uncon... uh, inconvenient." Talk about feeling like a fool!! I think I must have felt a little like Dan Quayle did when he insisted there was an "e" on the end of potato in front of the whole country!

Another time, a friend asked me for the recipe for my homemade cinnamon rolls. She was in a hurry, so I scribbled it down as fast as I could, abbreviating where possible, and handed it to her. Later that day, she phoned me laughing. She said, "I was looking over your recipe and I promise to knead the "doe" for five minutes." We giggled for quite a while and many times after that. I've lost touch with this friend, but I'm sure she still smiles when she remembers that incident or makes the cinnamon rolls.

This friend I was having the conversation with said, after a fairly long engagement, she decided she wasn’t ready for marriage. Not having the courage to tell the young man to his face, she wrote him a letter. He was so hurt and angry when he got it that he came to see her. Waving the letter in her face, he told her what a dirty trick it was for her to string him along like that. He then dropped the letter at her feet and left. Glancing at it as she picked it up, she was aghast to see that she had written, “I’m sorry, I know you’ll hate me, but I can’t ‘merry’ you.” Making this even worse was the fact that she was a school teacher!

Who knows why our thinking goes off-track sometimes? Perhaps it's fate's way of keeping us from getting too sure of ourselves; of letting us know we’re still capable of making mistakes no matter how much education or experience we have.

Or maybe it’s just a way of teaching us to relax and laugh at ourselves once in a while—and not take life too seriously.

I think you're right peg. don't take life too serious.

like that one about the doe peg. it could have been worse, you could have said 'need doe'.

sounds like you take things to serious peg. most people don't even notice mistakes like that. relax!

Of course school teachers are awesome- but this post is so funny! Very true and insightful- we should all laugh at ourselves more often!
~Dani

Thanks, Dani. Yes, school teachers are awesome! Some of them anyway.
Have a nice day!