Dreaming of a Perfect Day! 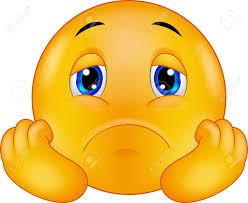 The long, hot summer drags on. Uneventful it is not!
The 2016 election has been controlling the air waves for at least six months. Brace yourselves! There are approximately five months to go before it’s over. Though I like to keep up, it does get a little annoying sometimes when that’s nearly all you get on the Telly.
However, I’ll take that any day over the events that have been pushing it aside for the past few days.
Dominating the news this week was the dastardly shooting in an Orlando gay bar. At least 49 people were killed and 53 wounded. It’s being called the worst mass shooting in U.S. history. Not only were 49 lives snuffed out for no reason, but also, the lives of their mothers, fathers, sisters, brothers and others who loved them were changed drastically because of one madman who had no regard for human life! The only redeeming factor is that his life was taken, too.
Senseless violence.
Equally as spine-chilling was the horrifying news of a two-year-old boy snatched by a menacing alligator as the toddler played near the edge of the water not far from a Walt Disney World hotel.
The boy’s father tried to pry the gator’s mouth open but the reptile wrested the boy from him and plunged into the murky water. Thankfully, the little boy’s body was later found – in tact – and it was concluded that he died of drowning.
What a nightmare!
Sometimes it seems that all the news is bad. Nary a day goes by that we don’t hear something terrible. Has it always been this way or do we just pay more attention to it as we get older?
A friend and I were discussing all of this and we agreed that, just once, we’d like to get out of bed, turn on the TV and be greeted by a smiling announcer who says, “Good Morning! Here’s your weather report.”
“The sun is shining everywhere today. The temperature is perfect! There’s no rain in sight – no clouds in the sky!”
“And now, for the news...
Actually, there is no news to report.
It’s all good!
Enjoy your day!”
~
Dream on...
www.amazon.com/author/peggytoneyhorton

Yes, the news has been bad, but I like your and your friend's idea of a perfect day. Would be nice, nothing but good news for a change.

Nice thoughts. Too bad it never happens that way. We'll have to wait for heaven to have that perfect day!

Someday it will only be good things. I can't wait.