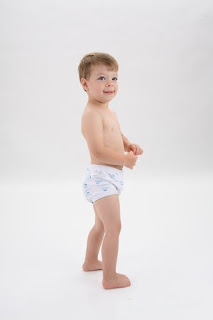 His name was Freddy. He was only two and a half years old.
In the summertime, he was often seen roaming the neighborhood barefoot with his soaking wet training pants hanging down to his knees. In today’s world, someone would have called the authorities, but in the 1950’s, the neighbors looked after him. In Freddy’s case, it really did “take a village.”
Freddy was an adorable child, but he wasn’t cared for the way he deserved. He showed up at our house frequently at mealtime and hung around in the kitchen until my mother had dinner ready. She often fixed an extra plate and lifted him up in a chair so he could eat with us. Nobody ever seemed to be looking for him. When it was almost dark, Mother would say to me, “It’s time to take Freddy home.”
His mother thanked me for bringing him home, closed the door and that was that until the next day when I’d look out the window and see Freddy in our yard again. We had apple trees and, there were always apples on the ground around them. It wasn’t unusual to see the little boy carrying a big apple around munching on it while he played.
Ours was the last house on the street, right beside the river. It was a miracle that the water held no fascination for Freddy except he loved to throw rocks toward it, but try as he may, he didn’t have enough strength in his little arm to hurl a rock far enough to make a big splash in the water.
Freddy had another problem: at two and a half years old, his speech patterns had not developed completely and it was rather amusing to hear him use “Ls” in place of “Rs.”
One day, another neighborhood boy, about 15, came by to talk to me while Freddy was throwing rocks toward the river. When he became exasperated because he just couldn’t lob one into the water, he picked up a rock, handed it to my friend, Ronnie, and said, “Lonnie, will you please throw this lock in the liver?”
My friend and I doubled over with laughter. Freddy looked from one to the other of us in surprise, then turned and ran out of my yard and down the street toward his house as fast as his little chubby legs would carry him. Ronnie and I stopped laughing and yelled at Freddy to come back, but he didn’t even slow down!
We felt so bad! “He’ll be back,” I said. “After all, he’s just a child. He won’t stay mad at us.”
He did come back, but not as often. It was as if he didn’t trust us after that.
Soon, summer was over and I returned to school. Time passed, I grew up, got married and moved away. After a while, my parents moved away, too, and we lost track of Freddy and his family, but I thought about him sometimes and wished I could apologize for my insensitivity all those summers ago when he was just an innocent toddler whose speech was still a work in progress.
And I wondered what happened to him.
Did he grow up, go to school and become a worthwhile human being? With a family that didn’t seem to care about him, it was hard to imagine that he would have had a normal life. But I hoped it turned out well for him.
Then one day, while shopping, I ran into Freddy’s sister, Angela. She was three years older than her brother. After exchanging pleasantries, I eagerly asked, “How’s Freddy?”
“Oh, he’s fine,” she said. “He’s a veterinarian, married and has two kids, a boy and a girl. Lives in the old neighborhood.”
“That’s great!” I said.
We said our goodbyes then – and promised to stay in touch.
It made my day to see Angela and to know that Freddy was okay. All these years, I’d carried around the guilt of hurting this little boy's feelings.
I should have known that God takes care of little children!

Yes he does and it's wonderful that he does. Just think how many children are like Freddy and don't get the care they need from families. Good post, Peggy.

Poor little Freddy. He wouldn't last long today having that much freedom to roam around. It's good your family cared enough to look after him. Great story.

Cute story Peg. Glad it had a happy ending.

How great, that you finally found out what happened to Freddy. Great story

I'm sure kindness helped his childhood to be a better one. Sometimes we can only remember the one stupid thing we've said or done and in our minds it erases all the good. God knows our heart and our failings. He loves anyway and continues to bless us.

That's so true, Claire, but, even when we know God forgives us, guilt is a powerful emotion and hard to control. Thanks!