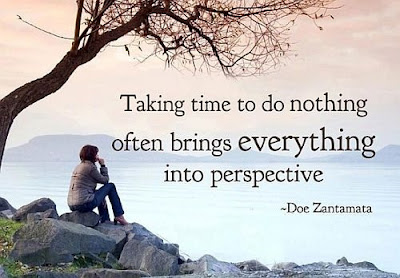 
More than half of another year gone – like smoke in the air. A month from now, summer will start to consider moving on and letting fall take over – if  we can wait out the mercury, that is.
After a rainy spring, it finally got up in the high 80’s and low 90’s – the kind of weather I always rail against. I hear it’s been so hot, even the snakes have sought shelter!  :)
To quote Bart Simpson, it’s craptacular!
However, no worries for me. I just don’t go out of the house! Mr. H. is good enough to run all of the errands while I do the housework (not much), laundry and cooking. Works out well – being total opposites as we are.
I’ve had the chance to do some things I wouldn’t have done otherwise. For instance, I spent the last week watching all five seasons of the Downton Abbey series that I missed when everyone I knew was so engrossed in them that I felt left out when they went on and on about the stories I knew nothing about. But I’m up-to-snuff now! I can discuss Downton Abbey with the most knowledgable of them. It was a wonderful series. Educational. Emotional. Engrossing. I can’t wait for Season Six in January!
With time on my hands, I tend to ponder the past. Remembering both the good and bad brings forth both laughter and tears. When I think of all those years ago when Mr. H. and I were first married, it’s like a dream. We both had our parents, grandparents and lots of aunts, uncles and cousins. It was a happy time. We thought we’d never grow old.
“Will you still love me when I’m old and gray and chubby like my grandma?” I’d sometimes ask Mr. H. His answer was always the same, “You’ll never be old, but yes, I’ll still love you, no matter what.” We’d laugh, but neither of us could imagine ever being old. The world was our oyster!
Then came our children and many chaotic, but joyful, years of parenthood.
However, it was during those wonderful years that we began to lose people we loved. Some, like our grandparents, were ordinary get-old-and-die departures; difficult for sure, but those that were not ordinary were the hardest. We had several premature deaths: sudden heart attacks at 40-something, two suicides, one senseless murder and one accidental electrocution. There was leukemia, an unnecessary death during surgery and premature babies that didn’t make it.
In recent years, serious, life-threatening health issues have arisen in two of our children and Alzheimer's in a beloved relative. No one knows what will happen next, but one thing for sure, as I await the season I love best – autumn, I will cherish every minute of every day!
“Time is like a river. You cannot touch the same water twice because the flow that has passed will never pass again.”

www.amazon.com/author/peggytoneyhorton
Posted by Peggy~ at 8:05 PM

This is so beautiful, Peggy! You share your feelings well. Keep up the good work.

Lovely the way you tell your stories. I love this.

Peggy, this is Lovely!

This one is my favorite.

I read this twice yesterday and came back to read it again today. Peggy, everything you write touches the heart. I don't know how you do it but I know when I read the first sentence that it's going to be good. Thanks for sharing what's in your heart with your readers. Don't ever stop!

Thanks, Brandon. I appreciate your very nice comments. They remind me of a letter I received years ago from a good friend. He sent it three days before his death. Here is an excerpt from his letter, which I cherish.

"Peggy, you are a skilled writer. You have more talent than many writers because you compile your articles from the heart while most others use their mind and discard small important detail. You really should move higher... to New York Times and other large newspapers. You deserve better."