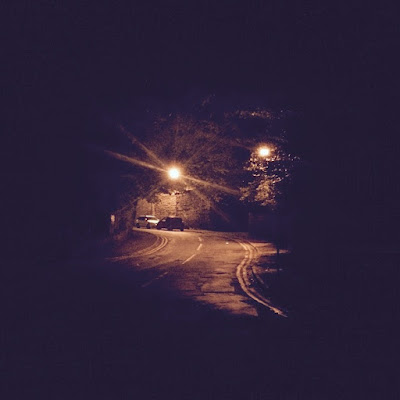 I’ll bet the evenings are beautiful up there by now,” said my friend, Carol, via text this evening.
“Yes, they are,” I told her. “Why do you say that?”
“Well, the last two times we talked, you mentioned that you were feeling a little depressed. It might be good for you to take a walk. In fact, why don’t you go take a walk right now and text me when you get back?”
I looked at the clock. It was a few minutes till 9. I didn’t really want to go for a walk this late. Alone. In the dark. But, on second thought, I have no right to complain about feeling “down” if I don’t try something that might make it better. So I simply said, “Okay.”
“Good,” Carol said. “Don’t forget to text me when you get back.”
“I will.”
“I can do this!” I said aloud, tho’ no one was in the room.
I ran to Mr. H’s den where he was in his recliner about to nod off.
“I’m going for a short walk,” I told him.
“A walk?” he asked – more than a little surprised.
“Yep. Carol sort of challenged me; I have to do it.”
He chuckled and said, “Okay. Enjoy.” He was used to these kinds of things between my friend and me.
I opened the front door and peered out into the muggy darkness as if there might be something lurking there to change my mind. But everything looked okay, so out I went, up the driveway and into the street. I reminded myself that I used to do this all the time. I don’t know when I became afraid to go for a walk after dark. I don’t think it’s fear, actually. More like laziness. It’s too easy to sit at my computer and write or watch a movie on TV after dinner.
One beautiful fall, a few years back, I’d go out about 10 o’clock every night and walk my whole neighborhood from one end to the other. I believe the distance is close to two miles. It’s rather hilly in places, too, but I considered this good exercise and took the hills with even more enthusiasm. I’ll admit that some areas were darker than others and I’d get a little nervous going through these, but that’s when I’d recite a poem or sing a little song until I was back in sight of a streetlight again.
I kept this up most evenings until the snow was flying and the temps were in the low teens. I loved walking in the extreme cold. One really doesn’t get that cold if she’s walking rather fast. I never felt better in my life than I did then! It was exhilarating!
But I’m afraid I didn’t do that well tonight. My mission was to go for a walk (she didn’t say how far or how many minutes) to prove to my friend that I could and would do as she suggested to make myself feel better.
And so... I walked to the end of my street and back. Not very far, but it is on a hill that renders one incredibly breathless about halfway up.
I might have walked farther, but there was an incident that unnerved me. Looking up at the stars, I noticed a small, black flying creature hovering under the streetlight. Shivering, I remembered my children coming home after dark in the summertime telling me that bats flew down from the streetlights – right at them. The kids would scream and run in all directions. They still talk about that when they’re all home for a visit.
I finished the rest of the hill in record time.
As I opened the door, I could hear my phone beeping and knew that Carol was checking to see if I’d actually gone for a walk. The message read: “Uh huh, the old text you when I get back trick.”
“Haha! No, I really did it! I walked to the end of the street and back. It’s still too humid for me.”
“Good girl!” Carol said.
She goes to bed much earlier than I, so we said “Goodnight” and promised to talk again tomorrow.
But she was right. I felt much better – even though it was a short walk. It may have given me the jump-start I need to get back into the habit of walking again. I could use the exercise.
However, since I prefer walking at night, I’ll probably wait until cold weather when bats hibernate.
Bats do hibernate, don’t they?
www.amazon.com/author/peggytoneyhorton
﻿
Posted by Peggy~ at 2:33 AM

I think you're very brave to go for a walk by yourself at night, Peggy. I wouldn't not even if I didn't have to worry about bats. But I enjoyed reading about your walks.

Love your posts! All of them are good. You have a way of making everything exciting and interesting. Not many people can tell a story like you do. It's a God given talent.

I'm glad you got out and got some fresh air even if it was humid. Motion is lotion for the body.

Oh, Peggy, how cute! You make an ordinary walk sound like an adventure. I love your stories. They're so interesting.