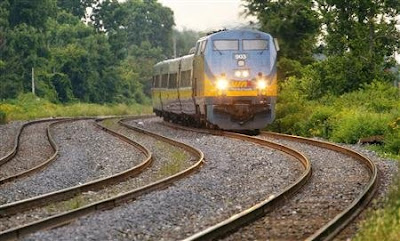 Always late. That’s me.
I was born two weeks late and have been late for everything since. My mother made the age-old comment numerous times, “There’s no doubt about it – you’ll be late for your own funeral!” My tardiness drove her crazy. She was the opposite. Very scheduled. Never late. My eldest daughter is just like her.
Some say it’s inconsiderate and rude to be late. I suppose they’re right, but those who say that don’t know me. When I have an appointment, I get up three hours earlier so I’ll be sure to have enough time. You see, I have good intentions, but I’m still always late.
Mr. H. says, “You just need to get up earlier.”
“If I get up any earlier, I may as well not go to bed,” I tell him.
Somehow I think if I got up six hours earlier, I’d still be late. The more time I have, the more things I find to do. I don’t understand it.
So I did a little research and discovered that I may be “choosing to be late.”
Sounds ridiculous, doesn’t it?
Here’s what I read: "If you are literally always 10 minutes late, it's psychological. You're arriving exactly when you want. The question is 'why?'” Supposedly, the answer depends on your personality type. “For some people, it's a resistance thing – a carryover of rebelliousness from childhood. You don't want to do what other people expect you to do."
Nope! Not a rebellious bone in this body!
Another category is the "crisis-maker," someone who thrives on the mini-crisis of running late. "These are people who cannot get themselves together until they get an adrenaline rush," Psychologist, Linda Sapadin explains. "They need to be under the gun to get themselves moving."
I don’t think either of these categories describes me. I’ll probably never know why I can’t seem to conquer this flaw in my character, but I am quite certain that when I die, the hearse carrying my body from the funeral home to the church will have a flat tire or be delayed by a train on the tracks...
And I’ll be late for my “own funeral” just as my mother always predicted. 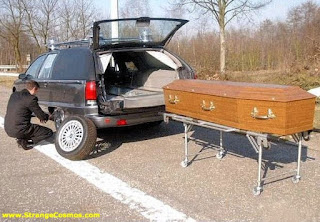 www.amazon.com/author/peggytoneyhorton
Posted by Peggy~ at 3:22 AM

Very well said. I know a lot of people with the same problem. Good post.

It really is psychological, Peggy. People who are chronically late need help with the problem. Well done.

That last picture cracks me up! Great!

Mr. Optomistic was chronically late. Always. Then he got a job that he had to clock in on the computer and if you were 3 minutes or more late 3 times you were fired. That job cured him and he no longer late. However for church I will drive separately if I see that he's getting late.

I am never late for anythig, unless an emergency comes up, because I'm afraid I'll miss something.

I'm glad to know that, Drema. If we're ever going to the same meeting, I won't have to worry 'bout missing anything if I'm late. You can tell me all about it! :)