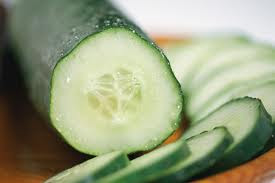 Why do we sometimes overlook the obvious? Especially women. I suppose that’s why men enjoy referring to us as airheads or ditzy.


This afternoon, I was looking for a way to be certain a Tupperware bowl I hadn’t used for a while was totally clean and germ-free. I said to Mr. H., “I’d spray it with Clorox but I’m afraid it would damage the plastic.”
The look he gave me spelled i d i o t. But it took me a few seconds to realize what I’d said. And then the light dawned – but not before he said, “What do you think they ship Clorox in?”
“Plastic bottles,” I admitted, feeling foolish.
Mr. H., loving it, smiled triumphantly.
Why didn’t he know, after living with me all these years that, before this evening was over, I’d even the score?
Mr. H. and I are total opposites. That’s why I make individual salads when we have salad. We like different things in it… right down to the dressing. I like Ranch and he prefers Thousand Island.
When I started putting the salads together for dinner, it struck me that Mr. H. hates cucumbers. He doesn’t just hate them. He detests them! Gags at the very thought of eating one. Hmmmm, I thought. And choosing a nice chunk of cucumber, I took great pains to hide it under a beautiful green lettuce leaf. I then piled tomato and onion on top of it, added more lettuce and Voilà – Salad Surprise!
When we sat down to eat, Mr. H. covered his salad in Thousand Island dressing but, instead of digging right in like most people do, he likes to mix it up a bit. I was sure he’d find the cucumber chunk so I kept talking, hoping to divert his attention.
It worked.
I breathed a sigh of relief when he finally started eating. But suddenly, a strange look appeared on his face and he stopped chewing. He stirred around in his salad again and said, “I think you gave me the wrong salad.”
It must have been obvious that I was trying not to laugh and he said accusingly, “Did you put cucumbers in my salad?”
“No,” I said, unable to hold back the laughter. “Not plural. Just one small piece!”
Running his fork through his salad again, he said, “Are you sure?”
“There was only one. I swear. Eat your salad.”
Skeptically, he began to eat again, with nary a smile on his lips. Yet, I couldn’t stop chuckling.
I don’t think Mr. H. enjoyed the salad as much as I did.

Funny. Do you always try to outwit each other like this?

Mr. H took it well. Some men would have been very angry. Sounds like the two of you have a lot of fun together. Good one!

Funny post. It seems Mr. H. never wins. Or does he?

Cute Peggy. Mr. H. is a good sport. I love reading your posts. They're always entertaining.

You both must spend all your time trying to think up ways to get the best of each other. Funny.

That's cute! My husband and I like our salad differently also! And different dressings. I let him make his own!

That is too funny and I can visualize the whole thing!!