Ever Hear of Bill Gates? 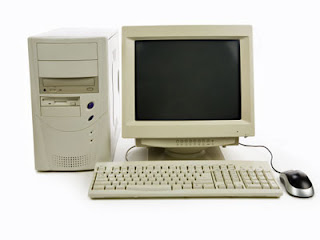 It’s never been easy for me to admit I can’t do something. Whatever I’m asked to do, I’ll almost always say, “Yes,” and then wonder why – especially if it's something I've never done before. This recently happened. And now, I’m vowing I’ll never do this particular thing again. Oh, I managed to pull it off, but when I was finished, I knew it wasn’t a first-rate job, therefore it will always haunt me – knowing I didn’t do it as well as it deserved to be done.
Many times in my life, I’ve been faced with this same situation. Makes for an interesting life – always trying to be what people expect you to be – or better.
I got married at the very young age of 17. To use a tired expression, I couldn’t boil water!  But my wise mother-in-law gave me a wonderful cook book. Fortunately, I was determined and not afraid to experiment in the kitchen; and since necessity is the mother of invention, I learned to cook. But before that came to pass, my husband ate a lot of things that weren’t “like mama used to make,” but he was a good sport and didn’t complain. It wasn’t too long before I was actually getting compliments from him.
And then there were children. Five of them: two boys and three girls. Husband bought me a sewing machine. I didn’t even ask for it. Guess he thought we’d save money if I did some sewing. But my only experience with the craft was a semester of Home Economics in high school where we made only a pot holder and an apron. But once again, rather than say, “I can’t,” I learned by doing.
After many failed attempts, tears of frustration and hundreds of stitches removed because they were sewn in the wrong places, I finally began producing wearable play clothes for my children. Some of the little summer sundresses were really cute and I was proud to say, “I made it,” when someone commented on one. I even turned out a shirt for my husband once... although I’m pretty sure he never wore it. That was one of my problems: once I learned something, I became obsessed!
When I learned to crochet, I started where most people do – with afghans. Then it was doilies, tablecloths, placemats, bedspreads, sweaters for my girls, and crocheted covers for everything from Kleenex boxes to hand lotion bottles. (Did I mention obsessed?) And I actually crocheted a coat for my daughter, which she enjoyed very much.
Ever hear of Bill Gates?  Well, thanks to him and some other very smart people, I had another challenge thrown my way. However, I must explain that my husband’s very first computer had a Dos operating system. He and my son enjoyed it, but I had no interest. It seemed overwhelming to me. But things have a way of changing and it becomes necessary to keep up, so not long after Bill Gates began singing the praises of Windows, my husband jumped on the bandwagon and bought a new computer. Surprisingly, he was a little intimidated by it. He’d been used to putting commands into the Dos system – being in control, you might say – so the new Windows system that seemed to have a mind of its own was a little daunting.
But not for me!
I’d just had gallbladder surgery and wasn’t supposed to do much, which gave me a perfect opportunity to play around with the new computer while my husband was at work and the kids were at school, or working. Once again, I had no fear. I clicked on literally everything. I just had to see what everything did and why. When I ran into trouble, I’d call one of my sons. One worked with Windows at his job and the other had already purchased his own computer with Windows. So I had some back-up. I’d say, “You’ve just got to help me get this straightened out before your dad gets home! He’ll kill me for trashing his new computer!”
My boys laughed, but always came through for me.  In fact, I learned things from them in those early days that I’ve never forgotten.
By the time my husband finally got over feeling intimidated, I was sending and receiving e-mail every day and tackling the Word program. But unlike me, he went about learning the new system very methodically—buying books, reading and studying. Before long, he was quite knowledgeable about Windows and I was learning from him. He’s now our family’s computer expert.
I suppose I should try to be more like him: learning first, and then doing – instead of the other way around. It’s just so hard for me to say,”I can’t.”
I really can’t!

This is great peg. I love your sense of humor. Jon

Love this peg cause I can relate to it. I'm very much like you. Have to do everything myself. Good job explaining the trait. Sally