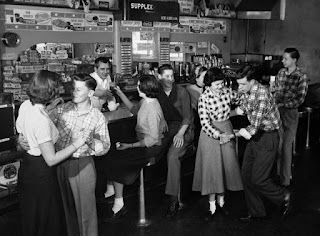 A family member phoned last night, rather late, and said he was coming by to drop off some things. My first impulse was to unlock the door and continue reading my engrossing book, but on second thought, I decided that wasn’t a good idea.
What if a stranger decided to walk in?
When I was growing up; we never locked our doors. In the summertime, at night, we used the little latch on the screen door and left the big door open all night. We had to. It was hot and we had no air conditioning. Besides, there was nothing to fear. We lived in a small town where everyone knew everyone else and we took care of each other.
Imagine leaving your doors unlocked now. Mine are usually locked. Even in the day time. My grown children have their own keys. I wish we didn’t live in such an untrustworthy world.
As a child, I walked quite a distance to school, sometimes alone. In those days, no one ever thought of a child from an ordinary family, like mine, being kidnapped or harmed in any way. In a small town, like the one I lived in, everyone looked out for all of the children – not just their own. It was a much safer world then.
My friend and I used to spend Saturday afternoons at the movies eating popcorn, watching a movie, sometimes more than once, and interacting with other friends from school, who spent their Saturdays the same. It was great – something to look forward to every week. We'll never forget those Saturdays of our youth!
Nowadays, mothers deliver their children to and from school and accompany them everywhere they go. There are some who still ride school buses, but when they step off the bus in the evening, their mothers wait nearby to take them home.
Some of my most enjoyable times occurred on the way home from school in the afternoon. I shudder at the thought of all the fun things I would have missed if my mother had picked me up!
There was a soda fountain in our town reminiscent of the one on “Happy Days”. My friends and I stopped there on our way home most evenings for a coke, a milkshake, or just enjoyment. Lots of good things happened there: I sometimes met a new friend or engaged in a flirtation with a boy from school. And when I was in high school, many Saturday night dates were made sitting at the old soda fountain – or at least my phone number written on a napkin for someone who wanted to phone later. 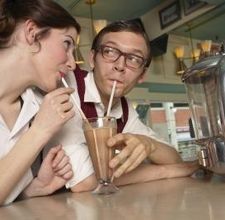 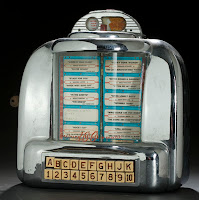 Yes, it’s a changed world. I suppose my parents thought the same thing when I was growing up. If there’s anything we can count on, it’s change. But no matter how things vary, the era we grew up in – to us – will always be the best!

I love this peg! We must have grown up in the same period. I had a soda fountain in my hometown too. This brings back a lot of memories. Thanks! Joann

Nice. Your right.it was a much safer world back then. More fun to.

A trip to the past. What fun!

I want to go to that world! I feel like I missed the boat when I read about soda fountains and full skirts. Sigh. I would also just like to sample that soda and maybe get a burger. I'm sure it would taste amazing.

Yeah, I'd like to go back there, too, hilljean--for just a day. Those were the best of times!
Thanks for stopping by...

I grew up just as that age was ending. We didn't lock our doors but we got stern lectures about strangers. I didn't have a soda fountain but a diner served just as well. I watch shows like Arthur (the cartoon) and wish I lived in that town.

Stopping by from Write On Edge.

Thanks, Heather. It was a great time. Glad you had the diner. I remember a diner, too, where hamburbers were twenty cents and cokes a nickel. So happy you enjoyed the post! I stopped by your place, too--and enjoyed it.