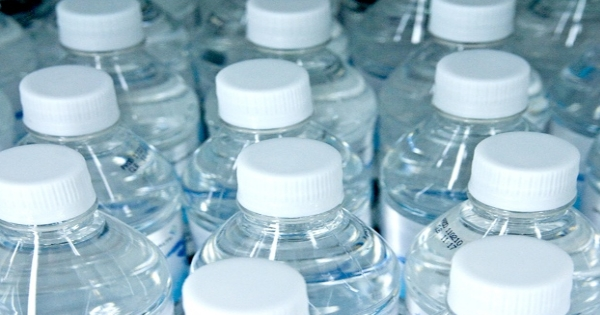 Like everyone else who is a West Virginia American Water Company customer, we have been trying to muddle through as best we can this past four days or so without using water, except for sanitary purposes.

All of us have been terribly inconvenienced. We're unhappy. Agitated. Some are complaining more than others and lawyers are walking around with big smiles on their faces because of all the suits that have already been filed against responsible parties.


But nobody died. And only a few people were admitted to hospitals with symptoms that might be related to the incident.
It’s not right. It shouldn’t have happened. But the fact is, that under the best of circumstances, accidents happen.
Always have. Always will.
Everyone pulled together immediately and started taking measures to fix the problem and alleviate everyone’s distress as soon as possible. State officials worked diligently to set things right and citizens helped each other.
The president declared a state of emergency and, as of Saturday, FEMA had delivered nearly 1 million liters of water from its distribution centers in Maryland. FEMA says it will continue to deliver supplies to the state for distribution, as needed and requested.
We are thankful. Or at least, we should be.
“These are the times that try men’s souls,” Thomas Paine wrote when it looked like we would lose the American Revolution, and some people were walking away because times were getting tough. By saying "These are the times that try [or test] men's souls," he was saying "This is how we'll see what your spirit is really made of."
I think West Virginians have shown what we’re made of time and time again. We may fight amongst ourselves, but when times get tough, we always pull together and help each other.
Times like this always make us think, too.
I’ve thought a lot about how things were when I was a very young child of a coal miner. We didn’t have a fraction of the conveniences that we enjoy today.

And we were happy.
I actually remember not having a refrigerator. The ice man delivered ice so we could keep things cold in our ice box. It was fun in the summertime for kids to follow the ice truck down the street a ways hoping there’d be some small pieces of ice dropped so they could collect them and eat them.
When I was about six years old, my parents bought a Westinghouse refrigerator. That was a big day in the neighborhood. Everyone came over to check it out. That old Westinghouse lasted until long after I was grown. They don’t make them like that anymore!
Can you imagine summer without air conditioning? We had none. People spent summer evenings on their front porches fanning themselves and praying for rain so it would cool things off and make it easier to sleep.
TV?  Computers? Telephones? I-Pads? I-Phones? Automatic washers and dryers?  Nonexistent!
Oh, and by the way, we didn’t have running water in the house either. We had to go to an outside pump and get buckets of water when needed. My grandmother caught rain water in a big barrel for shampooing her and her children's hair.
Things were much different then. Makes me appreciate the countless amenities we all enjoy today. Even when we have an unexpected mishap like the recent one, that inconveniences us for a few days, we’re still many times better off than we were a half century ago.
We’ll survive this. We’re stronger than we know. Sometimes it takes a crisis to make us realize just how tough and resourceful we are.
But are we grateful enough?
~~~
www.amazon.com/author/peggytoneyhorton ﻿
﻿
Posted by Peggy~ at 4:43 AM

Excellent! You are so right about the lawyers Peggy. They will get rich! It's always that way. Too bad. Great post!

Wonderful post. We are all spoiled and need to be more thankful for what we have.

Love this. It shows how resilient human beings are and you are doing a good thing pointing it out.

Are you doing okay Peggy?

We're fine, Vi. Thanks for asking. People are helping each other. It'll be over soon. They've already started the "flushing" process in some areas, but not ours.

Thinking of you and hope all will be over soon!! I recall after a hurricane here yrs ago there were a lot of us without power. People can sure get ugly without water!!

Thanks, Suanne. We haven't had any trouble getting water and don't know anyone who has. FEMA acted fast and started trucking it in after the first day. Some people panicked at first, I think.

Are you all able to bathe yet? I saw where it is a very dangerous chemical and you can't even use it in bath water!

No, not yet. But the "flushing" process has started and hopefully, it won't be long. They're taking it by zones. Our zone hasn't come up yet. Maybe tomorrow.

A lot of baby wipes have been sold, I understand.

I would not be able to go 3 days without a shower No way I would pray before entering the shower don a mask and wash myself same with teeth brushing can you imagine how gross that is? My patience would run out.

Don't forget, Valerie, we have lots of bottled water. We wash and brush our teeth with that. You do what you HAVE to do! It's like an "adventure."