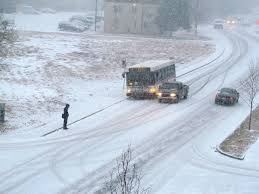 The cruelest month has arrived.
After the excitement of the holidays, January can seem cruel, indeed. We never know what this month might bring. We could have anything from sunny days to strong winds and deep snowfalls to dark, rainy days. Several in succession. And just when you feel you can’t bear another gloomy day, you wake up one morning and the sun is shining brightly.
Totally unpredictable... this first month of our new year. I don't know anyone who says, "January is my favorite month!"
When I awakened yesterday morning – the first day of January – my bedroom was bathed in sunshine! Surprised, I said, “Wow! What a nice welcome to 2014!”
Typical for him, and reminiscent of my mother, Mr. H. answered, “Well, enjoy it today; it’s suppose to snow tomorrow.”
“Thanks for that,” I said. “Could you be any more like my mother?” My mother, when told it was a nice day, almost always replied, “Yes, but look at those clouds. It’s probably going to rain this evening.”
That started me to thinking about a question asked by a psychology professor I once had. “Does a girl usually look for a man like her father to marry? Or like her mother?” he quizzed. All twenty-some people in the class confidently answered, “Her father,” and were stunned when the Prof said, “Wrong! A woman looks for a husband like her mother.”
We pretended to accept the veracity of his statement, but I don’t think any of us truly believed it. I know I didn’t.
Until after I was married for a while.
I started to notice that Mr. H. agreed with my mother a lot more than he did with me.  And if I tried to talk to her about an argument we’d had, she almost always agreed with him. It began to hurt my feelings.
But after a while, I accepted it. What else could I do but admit my old professor was right. I had actually married someone like the mother with whom I rarely agreed! It was going to be an interesting life!
And it certainly has been! Mr. H. and I are opposites in every way. I say, “black,” he says, “white”; I say, “hot,” he says, “cold”; I say, “stay,” he says, “go.” I love music. He prefers TV.  And on and on and on…
Total opposites!
But guess what? We’ve been married more years than I want to say on this blog. Something about us works. We’ve shared children and the problems that come with them. We’ve been up and we’ve been down, and there were times our relationship was as unpredictable as January’s weather, but we’ve stayed the course, weathered the storms and we’re still here.
Together.
I can’t even imagine spending my life with someone just like me! Think how boring it would be if there were no disagreements. No arguments. No making up!
He lets me be me and I let him be he – and it works!
No matter what January – or any other month – throws at us.
***
For the record - Mr. H. was right. It's snowing today!
~~~
Posted by Peggy~ at 4:08 PM

You are a wonderful writer. Love your posts.

You're a great story teller. Give us more.

A man that lets you just be the you that God created! I love that.