That Could Change Things 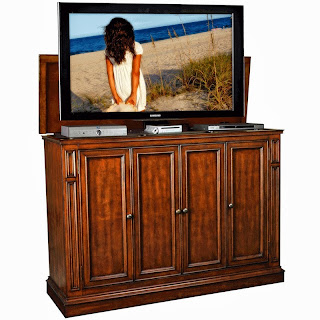 September 28th
Only two days until my beloved October makes her appearance! I’ve been watching impatiently as September slowly winds down just as she’s supposed to – with sunny days, cooler nights, clear blue skies and a softer, gentler mood altogether. She’s obviously preparing the way for her sister, not enviously, but lovingly, like a maid of honor making sure everything is just right for the bride so that the first sight of her will evoke approving “Ahs” from everyone who beholds her breathtaking beauty.
How could I not love October?
The first man I ever loved was born in this magnificent month. My father. And he was every bit as gentle as October. He had a smile like a soft, white cloud that could melt a chocolate bar at twenty paces.
He hated discord and was a peacemaker his whole life. He also hated things in disarray. When my mother tore up the house to clean or paint, he was uncomfortable and most unhappy until things were back to normal again.
I’m afraid I inherited that quality.
Mr. H. is in the process of choosing a new TV and cabinet to place it on, but I’m dragging my feet, kicking and screaming all the way!
I hate change!
This evening, I suggested I go visit our daughter in North Carolina for a few days and he make all the changes while I’m gone. He actually agreed. But then, the dratted conscience kicked in like it always does when I’m about to do the wrong thing. (Can’t get away with anything!)
My daughter, who just got a new TV herself, phoned and advised me to stop dragging my feet and “just do it,” because, “You’re gonna love it!” she said. “After you get it all set up, you’ll wonder why you waited so long.” I don’t know about y’all, but I think the whole thing sounds a little suspicious. It would almost appear that Mr. H. put her up to making that call.
Anyway,  it seems I’m outnumbered and will spend my Saturday shopping for things I don’t even want.
I’d rather eat a brillo pad!
But there is one good thing about it. It’s supposed to be 80° and sunny – a beautiful day – and only two days away from the first of October. Still, there's a concern: according to our historical weather report, in the past ten years, it’s rained 7 out of 10 times on this date!
That could change things.
If I wake up and it’s raining, all bets are off – and no phone call from any family member will convince me to go shopping!
~~~
Posted by Peggy~ at 3:13 AM

WTG Peggy. Dig those heels in and don't budge. I think going to your daughters is the right way to go. ****
I'm just kidding. Go get your Tv and cabinet. your daughters right. you'll love it. Sometimes the things we don't want to do turn out the best.