Are Animals Nicer Than People? 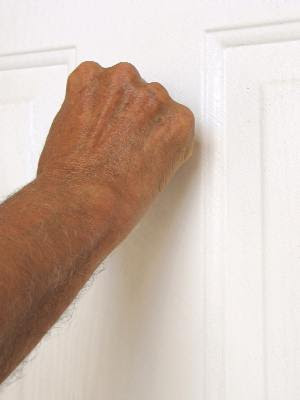 My good friend declares that she likes animals better than people because they're so much nicer! She laughs when she says it but I don’t believe she’s kidding.

She recently told me that her next-door neighbor, an elderly lady who sits on her porch all day most days, never speaks to her. So Tina ignores her, too. However, yesterday, as Tina was leaving for work, the neighbor stood up; addressed my friend as, “Hey!” Then proceeded to tell her to get some weed killer and pour it on the weeds that are growing under the fence between the properties. The lady vowed, “Those are your weeds!”

I have to admit she does seem to have more than her share of run-ins with people.

When she and her two small children moved to this small-town neighborhood, it seemed an ideal place to live and raise a couple of kids. And with a fenced back yard, it was great for a couple of dogs, too, which was a “must” for Tina!

But as a single mother, all she had time for was her job, taking care of her children, home and dogs. There was nothing left over for porch-sitting in the evenings as her neighbors did. But when it became apparent Tina wasn’t going to partake of the evening get-togethers, the trouble began. At first, it was just talking behind their hands and pointing like children when they saw her coming and going, but then, it became a little more serious.

One day, her son phoned her at work to tell her that a city policeman had just left. He had questioned the boy because a neighbor had made a report that the small children were being left alone at all hours while their mother was “away.” Fortunately, this 12 year old boy is intelligent beyond his years, and by the time the officer finished talking with him, he was convinced that he was capable of taking care of things, including his 9 year old sister, while their mother was at work. And that was the end of it.

But not for the neighbors.

A short time passed and one day, a woman from animal control came a’knockin’ on my friend’s door. It seems a neighbor had complained about her dogs barking. The thing is, the dogs are in the house about ninety percent of the time, only going out when it’s necessary to answer the “call of nature.”

When Tina told the officer this, the officer smiled and said, “Don’t worry about it. There’s really nothing one can do about dogs barking anyway. It’s what dogs do, after all!” And that was the end of that.

My friend is wondering what will be next. And I’m wondering why people can’t
coexist without always trying to cause trouble?

Hmmm... is it possible she's right? Are animals nicer than people?

Of course she's right Peggy. Most people aren't very nice. Everyone is so busy that they are just thinking about themselves.

Animals are always the same. People are moody.Your friend is right.

Most people are nice. Some are nasty. You can't judge them all by a few.

I like it and I think your friend is right. Animals are nicer than people as a rule. Jon

Never thought about it, but I think she's right. Animals really are nicer than people!

"Those are your weeds." What a classic! Guess your friend picked a bad neighborhood. Too bad. Lisa

Sad to say but yes most times they are.

They certainly are in your friend's neighborhood.

Where's the love in this world if it isn't right in our own backyards?

Thanks, Amy! You're right. One has to look far and wide to find loving neighbors these days.

You're right, Cameron. I think my friend picked the wrong neighborhood. Thanks for the comment.