Charge It To Daddy 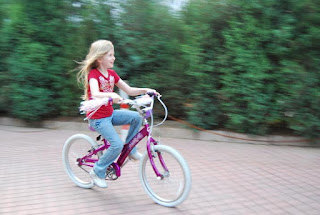 While talking with my grandson this evening, I was jokingly telling him that he shouldn’t waste food... adding, “When you have to pay for it, that will change.” Almost as soon as that statement came out of my mouth, I realized it had stirred up some wonderful childhood memories, and I couldn’t help but smile at the difference in my memories and what I had just said to Chase.
As a child, there was nothing I couldn’t have to eat, unless, of course, it was bad for me. My father strongly believed that food must be the first thing to come out of his paycheck, and what was left divvied up among the bills. I vividly remember those Saturday mornings when he came home with his check. He and my mother made themselves comfortable in the living room with fresh cups of coffee and spent a long time making a grocery list. I was asked, also, if there was anything I’d like to have.
We were far from wealthy, but we always ate well. My father insisted on it. Not only was there the big grocery shopping day on payday, but anytime between shopping days, I was permitted to go to the little community grocery store and buy anything I wanted to eat and just say, “Charge it to Daddy.” No problem.
Almost every family in the town had a charge account at Keefer’s. You could buy most anything you wanted there. It was divided right down the middle. One side was groceries and the other was dry goods. Convenient?
It was very convenient, especially when someone had a birthday. My father, for instance. I was about ten years old when I decided I couldn’t let his birthday go by without getting him a gift. So, after pondering it for a while, I knew exactly what to do. On the morning of his birthday, while my father was at work and my mother was busy, I hopped on my bike and hurried to Keefer’s. I went straight to the dry goods side of the store where I advised Mrs. Keefer that I wanted to buy my dad a birthday present. She showed me pajamas. I chose a pair that I thought would be just right for him. She agreed. I also picked out a birthday card and signed it. Mrs. Keefer arranged the pajamas and card in a nice box and gift-wrapped them for me. My last words were, “Charge it to Daddy.”
Elated, I rode home on my bike as fast as I could and ran into the house, careful not to let my mother see the package. In my bedroom, I slid it under my bed. I could smell the dinner my mother was preparing, and going into the kitchen, I saw that she’d also baked a cake. Everything was all set to celebrate.
My dad came home; we ate dinner and then gathered in the living room. My mother gave him a few presents, and he thanked her for everything, including the wonderful dinner. She said, “Now it’s time to cut the cake.” I said, “Wait.” I ran into my bedroom, retrieved the package, ran back and gleefully handed it to Daddy. He and my mother looked surprised. They apparently had no idea how I could have bought a present.
With the paper off and the box opened, he looked first at the card, oohed and aahed and thanked me with a big hug; then he pulled the tissue paper back. His eyes widened and he seemed puzzled. He touched the PJ’s, picked them up and then handed them to my mother. A strange look passed between them, but he regained his composure in time to tell me how beautiful the pajamas were, then he gave me another big hug and a “thank-you!” Feeling that I’d done something very good, I was proud!
I didn’t know until many years later that my father had no need for pajamas because he never wore them. I also didn’t know that Mrs. Keefer had left the price tag on the gift. That alone was a shock to my parents because, five decades ago, $7.99 was expensive for a pair of pajamas. Mrs. Keefer must have shown me the best she had in stock. Perhaps she thought my dad would bring them back.
Not my dad!
As far as I know, that pair of overpriced pajamas stayed in his drawer until my dad passed away... many years later.
After I was grown, he used to joke about my buying him a birthday gift and saying, “Charge it to Daddy.” But he never once considered cutting off my charge privileges.


That’s the kind of father he was. 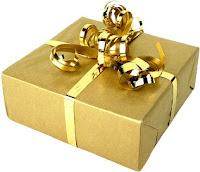 How cute this is peggy. I teally like it. Just like a child to so that. very good story. luella

good post peg. your dad loved you very much. you were a lucky little girl. sam

Funny, peg. This is something most kids would do.

What an entertaining story. I'm sure your mom and dad were surprised and didn't know how to handle the situation, but it sounds like they did alright if you never knew until you were grown how it really affected them. Darling story! Sue

Absolutely touching, Peggy. I hope you personally shared it with Chase. He's going to remember you -really remember you, for his entire life.