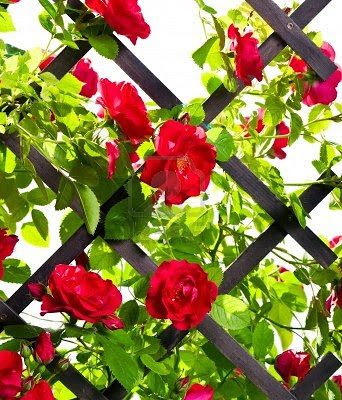 June, named after Juno, the goddess of marriage, is the sixth month of the year, and is one of the four months with a length of 30 days. Just like the month of May, no other month begins on the same day as June. This is also the month with the longest daylight hours of the year.
June's birthstones are the Alexandrite, the Moonstone, and the Pearl. Its birth flowers are the honeysuckle and the rose.
Those born before June 20th are considered Gemini and those born after June 21st are under the sign of Cancer.


Icelandic folklore says that bathing naked in the morning dew on June 24th will keep aging at bay. (Worth a try!)

C'mon, Claire, anyone who can make a perfect snow angel can surely bathe in the morning dew.. Who knows, some of your neighbors might join you. :)) I'm with you on the 26th... definitely!

I think number 24 sounds like fun. Think of the benefits!