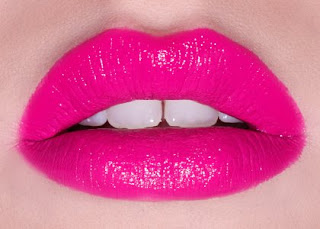 Laughter comes easily for our family, especially the females. You might say we have a “weird” sense of humor, often laughing at things most people wouldn’t find the least bit funny.

For instance: this past Sunday, my daughter called from North Carolina to wish her dad a Happy Father’s Day. She and her family are on a short vacation at the beach and she was telling me that some friends of theirs are also there. She said, “You remember Geoff and Tina Turner don’t you?” Without thinking, I said, “Yes,” but then it hit me – that doesn’t sound right.

I said, “Did you say, Geoff and Tina Turner?” to which she replied, “Uh-huh,” and then... “No! I meant Geoff and Tina Perkins. What made me say that?”

“Are you drinking?” I asked. “No, of course not,” she said indignantly. We shared a giggle or two before I gave the phone to her dad. She told him about her little gaffe and said, “I’ll never live that one down.”

Blunders like that usually come from that particular daughter; I’ve written about them before, but there is also one about her younger sister that gets repeated now and then.

She and I were on our way to visit her older sister, who lived in Michigan at the time. It was an eight hour drive and, after we’d been on the road a couple of hours, she went to sleep. She’d been asleep quite a while when I entered a little town that slowed me down to 25 mph. When I stopped at a red light, youngest daughter groaned, stretched and opened her eyes. The first thing she saw was a sign that read: Delaware – Pop. 34,753. Shaking her head in disbelief, she said, “So, we’re no longer in Ohio. We’re in Delaware, right?”

When I giggled, she knew she’d made a mistake, and after she was wide-awake, she realized how bad it was. “You’re gonna tell everyone I said that, aren’t you?” she said. “You bet!” I answered with glee. “I love it!”

But what goes around comes around, they say, and I got my just dues when we arrived at her sister’s house a few hours later. After greetings all around, I headed for the ladies room. Looking in the mirror, I was surprised to see a tired, pale reflection looking back at me. No lipstick. I hate white lips! Since I hadn’t brought my purse in with me, I looked around to see if there was any lipstick in plain sight – didn’t want to rummage through cabinets. Ah, yes. There at the back of the countertop stood a couple of tubes. Opening each one, I found a nice coral color I liked. After dabbing a bit on, though, I realized it didn’t have much color, so I rubbed it on a little more vigorously. Yes. That’s good. I like it! Maybe nobody will notice and I won’t have to confess that I used daughter’s lipstick.

Feeling better, I joined the rest of the family in the living room. After a few minutes, my daughter said, “I see you put on some lipstick.” A little embarrassed, I said, “Yes, I borrowed one of yours. Hope you don't mind.”  When she and her sister snickered, I said, “What’s so funny?” She answered, “Go look in the mirror.”

As I went, laughter followed me. I couldn’t wait to see what was so funny. Until I did! I looked like a clown! My lips were bright pink! Really bright, glow-in-the-dark neon pink! It just so happened that she’d acquired some of the faddish lip color of the day. It went on very light, but surprised the wearer in about 10 minutes by turning excessively bright. Garish! Who knows why she’d placed it in her bathroom in plain view? I had my suspicions. Whatever the reason, I’d made a fool of myself and provided the evening's entertainment.

The worst of it was – it wouldn’t come off! I rubbed and scrubbed until my lips were sore, but that hideous bright pink clung to me like glue. That’s when my “sweet” daughter informed me, while she and her sister cracked up, “It has dye in it. It has to wear off!”

Sure enough, the next morning when I awakened, I ran to the mirror hoping I’d dreamed the whole thing, but no, my lips were still bright pink! With more scrubbing and applying softer colors, I managed to get through the next two days without looking too gaudy, and by the third day, most of it was gone.

But just like her vacationing with Tina Turner, and her younger sister going through Delaware to get to Michigan, I will never live it down!

The lipstick story will live much longer than I do.

Hilarious! Sounds like you and your daughters have fun together peggy. That's so nice. luella

I remember thag lipstick. It was terrible. A funny joke on you. Bet it wasn't funny to you. Jennie

What a funny story! I read it twice and called a friend to read it. very good peg. Jon

This is hilarious. Your daughters must have a good time teasing with you and you must be a good mother or they wouldn't want to. great post. Ben

Oh Peggy! That's hilarious! That was just the perfect story to start my day. Thank you. I hope you have a great day too.