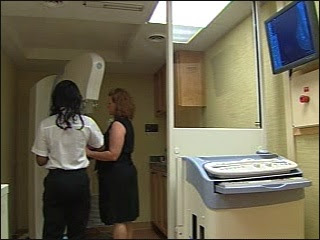 The day didn’t start well!
When I first got up, I was deceived by the fact that there were no negative messages on my phone. Normally, I have at least one message that requires my attention or some news I don’t particularly like.
“I can’t believe I have no bad-news messages this morning,” I said to Mr. H.
But, by the time I walked through the house to the kitchen, the phone was ringing, I answered and learned of a mix-up about an insurance policy that I needed to take care of – right now – and it wasn’t a good time because I had an appointment at 2:30 and still had things to do before getting ready. However, after checking records and making three phone calls, the pressure was lessened to the point that it would keep until after my appointment although it wasn’t completely fixed.
That wasn’t all. There were more phone calls and interruptions until I began to think perhaps I should postpone my appointment. It was for a mammogram. Who wants to do that anyway? It certainly could wait another week or so, but my conscience kept nagging me until, with only a half-hour left to get ready (it usually takes me at least an hour), I told Mr, H. I was going to try it. “I’ll have to rush,” I said.
And rush, I did! When we walked out the door at 2:10, my shirt had only two buttons buttoned and my earrings were in my hand (I never go anywhere with naked ears!). I finished getting ready in the car. We had less than 20 minutes to get from Cross Lanes to Kanawha City – approximately 10 miles. Of course we couldn’t make it.
“So, I’ll be a little late,” I said. “I always have to wait anyway.” But we were lucky. It was a nice, sunny day, not much traffic and no road construction! We pulled onto the parking lot at 2:40. I was 10 minutes late.
There was no one in the Breast Center except the workers. It was as quiet as a tomb. I was taken right in and the whole procedure, paper work and all – took only about 25 minutes.
Mr. H. smiled when I came out of the procedure room and said, “That didn’t take long.”
We strolled to the car feeling pretty good about getting this yearly thing done so smoothly since it has, in the past, taken a whole afternoon and worn us out. Actually, I was feeling a little silly and impish, like I sometimes do when things are going well.
We got into the car and I said, “I have something to show you.”
“Okay,” said Mr. H.
(The next paragraph is for women only!
MEN, don’t read this! You won’t understand it anyway.)
I pulled the top of my shirt down just enough to expose what I wanted him to see and said, “Look at these cute little Band-Aids they put on me.”
“Uh-huh,” said Mr. H., and then quite seriously, he added, “I guess everyone has seen them now. There’s a camera on that pole in front of us.”
“What?” I squealed, pulling my shirt up so fast I almost tore it.
Mr. H. broke into laughter and laughed so hard that he shook – and I knew I’d been had!
I owe him one!
www.amazon.com/author/peggytoneyhorton
Posted by Peggy~ at 9:32 PM

Hilarious! I can't stop laughing, Peggy! I can imagine how you must have felt when Mr. H. said that. Hahahahaha!

I love it! I think you and Mr.H. have a lot of fun teasing each other. You must have a very good marriage. Be happy. You make a lot of others happy with your stories. :)

That's hilarious. I am surprised that you got ready as fast as you did! You've mentioned before how tardy you can be. It was crazy funny to me that you had to have earrings. lololol

Always, Claire! Clothes don't matter so much, but I have to have earrings! A little quirky, I suppose.

I think it's so funny because I've worn my shirt inside out in public before. lol

Oh, I've done things like that, too. I once wore a pair of pants backward to the dentist's office, Didn't notice until I got home and Mr. H. said, "Your pockets look funny."

Thank you I needed the laugh.