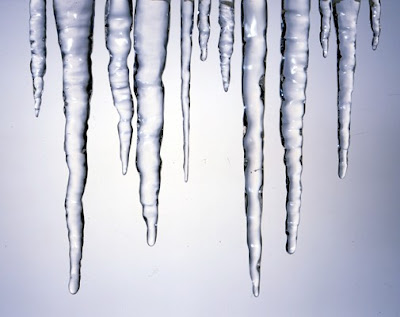 With only a week and a half of January left, I’m certain I can hear squeals of delight coming from miles around. It really has been a tedious month. No doubt about it. So many sunless days!

Sometimes gloomy days affect me in a negative way. This afternoon, I was visited by the vivid memory of a family funeral long ago at the end of January. It had been dreary the whole month and snowed a lot - unlike this year. I prefer snow. At least it adds light.

On the day of the funeral, I clearly remember passing huge piles of dirty snow along the sides of the road as the long, black, salt-stained limousine carried our family slowly toward the cemetery. It was silent inside the car.

It’s odd what the mind retains at stressful times. When we got out of the car at the cemetery, I watched as dozens of beautiful flowers were carried inside by funeral home personnel. I thought, Those can’t be real! Flowers don’t bloom in January, do they? It was almost like a dream - a depressing scene that will live in my memory forever – only to repeat on dark days.

My son is already declaring, as he does every year at this time, that spring is almost here. He asked me yesterday if I’d noticed it being light later in the evenings. “Yes,” I fibbed. It makes him happy if I agree. Besides, if I said, “No,” he’d just argue with me.

He gets psyched every year about mid-January and nobody can convince him that there’ll be at least another month and a half of winter before he can expect spring. If he sees even one tiny green shoot coming out of the ground, “It’s spring!” he proclaims. Doesn't matter if there’s an icy rain coming down on his head – it’s spring!

I suppose I have no right to criticize.

Everyone knows I start insisting it’s autumn by mid-August every year.

Yes peg I do know that you rush autumn every year. But that's okay. I love your posts anyway. Keep up the good work. Jimbob

Nice. Your posts are very emotional these days. Something wrong?