Too Many Changes! - Part Two 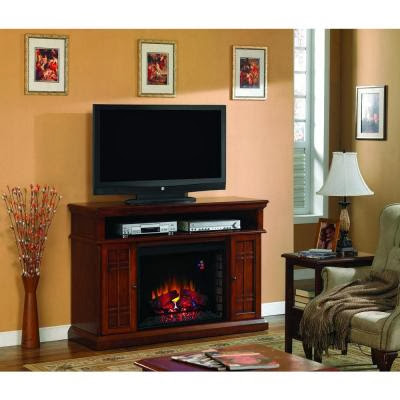 What will we do with the old entertainment center?” I had asked Mr. H. when we’d decided to buy a new TV and something to set it on.

“No worries,” he said, “I’ll take it to the den and everything in it will go right back in it."


“What will you do with the one you already have?” I asked.


“Don’t know yet. Maybe someone else in the family will want it.”


So, the new TV was delivered and stashed in a spare bedroom to wait until the stand arrived. And we started unloading the entertainment center that would be moved to his den. Oh, my Gosh! How can two people accumulate so much stuff in a few years?  Not just the things you’d expect to be in an entertainment center, like CDs and videos but there were all the instruction booklets that came with every appliance we ever bought – some long gone. There were candles and ash trays and old 33-1/3 RPM records – dozens of them!  I found bud vases, cat toys, calligraphy pens, and old Christmas cards.


But even after throwing everything away that we could, there was still too much to put back into the cabinet along with the “stuff” that had to come out of the entertainment center already in the den. What were we going to do with all this stuff?


To make matters worse, after some measuring, Mr. H. discovered that the entertainment center wouldn’t fit through the doorways, so it had to be disassembled and carried piece by piece. And then reassembled. What fun!


But before it could go in the den, the one that was already in there also had to be disassembled and taken out of the spot where the first one would go. Hmmm.


Well, it was just as full as the one we’d just cleaned out. Mr. H. had dozens of computer books, videos, mugs (gifts from the children over the years), pipes and pipe holders, books and book ends, magazines – you name it – it was there.


And so… with two cabinets in pieces and their contents all over the house, it looked like we were moving. One set of cabinet pieces went to the downstairs playroom to await pickup by a son, who said he’d take it off our hands and the other was in pieces in the den, waiting to be put back together.


But first, the new one!


It arrived on Saturday morning. Guess what? It was in pieces, too! It’s a good thing Mr. H. likes working puzzles.


It took all day to get the job done, along with interruptions and stopping for meals.  About one a.m. we quit and fell into bed, exhausted. The TV was still in the box. It would have to wait until morning.


By Sunday afternoon, we finally had a new flat screen TV resting on a new stand. But there was just one problem. As much as I needed the storage space, I had opted for a cabinet with an electric fireplace in the center and therefore, very little storage. I have no idea what I’ll do with all the “stuff” that came out of the old entertainment center.


Am I a glutton for punishment or what? I thought.


Then it hit me! Mr. H. had said, “Everything that comes out of this cabinet will go right back in it – only it’ll be in the den.”


But now… he seems to have put most of his stuff into the cabinet and he’s telling me, “Here are all these books or what are you gonna do with these pictures?” And it dawned on me that he wasn’t doing what he’d said. I reminded him.


“What happened to, ‘everything that comes out will go right back in?’” I asked.  He looked perplexed.


We’ll be hassling over this for a while, I fear, but in the meantime, I have a new 55” flat screen TV to enjoy. And a flickering fire.

Just like a man to tell you one thing and do another. :) Just kidding Mr,H. It looks nice. enjoy it.

What a cute story and a beautiful room!