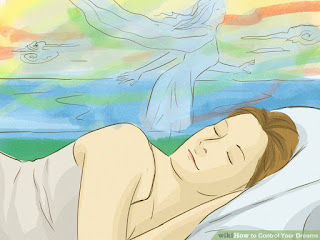 Dreams disturb me – especially since, lately, mine have become increasingly tumultuous. In them, I always seem to be frantically searching for something I never find. I occasionally get so agitated that Mr. H. has to shake me awake to stop the screams.

In last night’s vision, I was homeless. And to make matters worse, none of my friends or family would take me in. Just as Scarlett O’Hara often said, “I’ll go home to Tara,” I kept saying, “I’ll go back to my home by the river,” which I finally did. But, alas! my mother was cool, giving the distinct impression that she didn’t want me to stay and even my dad, totally out of character, didn’t seem overjoyed at the thought of my moving in with them.


I was devastated! Lost, homeless, and unwanted. What to do? I turned to leave with tears running down my face and was rudely awakened.


Mr. H. was kicking me. Hard! With both feet! It seemed he was trying to kick me out of bed. I hit him on the shoulder and screamed, “What are you doing?”


“Huh,” he mumbled – then turned over and immediately started snoring.


The next day, at some point, he said, “Do you remember screaming at me last night?”


Chuckling, he told me why. “I was dreaming,” he said. “A dog was biting my legs and I was trying to kick it away.”


We had a good laugh and settled that mystery, but I’d still like to know why, in my dream, I was homeless and nobody would take me in.


If I were paranoid, I might think the two dreams were linked and, since nobody else cared about me, Mr. H. was making it unanimous by kicking me out!

How do you do that, Peggy? You took two different stories and put them together to make one that made perfect sense. It was touching, funny and interesting. Good writing!

An interesting study about dreams. Love it.

Funny. You have a way of telling a story like nobody else I've ever known. Great post.

That was funny,Your way of telling a story is totally different from everybody else, and that is the best part! Your blog post was really interesting and was worth a read!