Unexpected Events Can Change Your Day 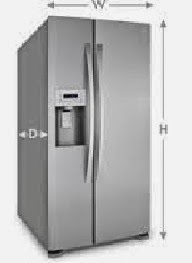 As I opened my sleepy eyes, I saw that Mr. H. was already up and dressed for the day. His look told me something was wrong. Rubbing my eyes, I sat up and waited to hear what unexpected event might change the course of our day.
When you’ve been married as long as we have, you learn to recognize an “all is not well” look on your spouse’s face, and sometimes my heart skips a beat until I know the details. Like the morning I awoke to see that look on Mr. H’s face and almost had heart failure when he told me our son’s home had burned to the ground. I couldn’t breathe until he made it clear that everyone got out safely.
Another morning, I awoke when Mr. H. sat down on the side of the bed. The look on his face told me he had something to tell me that I didn’t want to hear! I wanted to close my eyes and ears and go back to sleep, but Mr. H. put his arms around me and said, “I’m afraid I have bad news.” And he proceeded to tell me that our doctor had called to tell me that my mother had pneumonia (along with several other serious conditions), and he wanted me to make a decision whether to put her in the hospital with a feeding tube or take her home and call in Hospice!
Yet another time, I opened my eyes to see Mr. H. dressed in layers of clothing and thought it strange until he said, “Our heat is off.” We’d had a heavy snowfall during the night and many tree branches had fallen across power lines in our area, wreaking havoc with life as people knew it. The fact that it was only a few days until Christmas made it even worse! Our power was off for four days. I’ve never been that cold in my life!
The most recent incident happened seven months ago. Mr. H. stood at my bedside looking grim. My stomach turned flip-flops as I asked, “What’s wrong?” And that’s when he told me there was a message on our answering machine that our youngest daughter had been taken to the hospital in an ambulance. She was screaming in pain! She was in the hospital eight days and is not well yet.
With episodes like these in my memory, you can understand why I feel a little anxious when I see “that” look on my husband’s face. I wonder why bad news almost always comes in the morning. I think God must know we can deal with things better after a good night’s sleep.
***
Fortunately, the problem we’re dealing with now is minor compared to the others, but still an inconvenience and somewhat upsetting. “The refrigerator is off,” was Mr. H’s news of the day for me. We’ve been having problems with it for several months, but I’m not much on changing things. I wanted a new refrigerator about as much as my cat, Liza, wants to take a long, hot bath!
Lucky for me, Mr. H. is a refrigeration man and has kept the near-20-year-old fridge limping along for quite a while, but it occurred to me that it’s probably a little tired and ready for the appliance rest home.
Perhaps I should rethink buying a new one.
We have a smaller refrigerator in our downstairs utility room that comes in handy at holiday time when the house is full of kids and grandkids.
So – kitchen fridge emptied and its contents moved downstairs, we went  shopping for a new appliance. I even managed to get a little excited – until  I surveyed what was available and the price tags! Especially the price tags! Good grief! The fridge we bought almost two decades ago is better quality at half the price!
But that’s not the biggest problem. After we walked what seemed like miles looking at the same ones repeatedly, we finally chose one, had the paper work done and it was scheduled to be delivered the next day. Wonderful! you’re thinkin’.
But it was not to be.
When we got home, I walked into our kitchen and looked at the old fridge and the space it was in. It struck me instantly that the new one was just a little taller. I called Mr. H. and sure ‘nuff, when he measured the space, we were short three-quarters of an inch; the new one wouldn’t fit! So... back to the store he went to cancel the order.
A whole afternoon and a lot of energy wasted!
That was several days ago and we’ve exhausted every possibility at every store online looking for that one white refrigerator that is exactly the right height for our space. We’ve come to the conclusion it doesn’t exist – unless we want to go to a much smaller capacity fridge, which we’d rather not.
I don’t understand why everything has to be such a problem. We had a similar problem a few years ago when our microwave went out. Took us forever and a day to find a white one! But we hung in there and finally found it. I’m convinced we’ll find a fridge, too. Eventually.
Just you wait and see! One morning soon, I’ll wake up and see Mr. H. standing by the bed smiling, and I’ll know he has “good news” for a change!
www.amazon.com/author/peggytoneyhorton
Posted by Peggy~ at 11:52 PM

Yes, buying new appliances can be a problem. Styles change and like you said, nothing fits anymore.. They change colors too so when you want white you might have to take black. Its stupid and a way for the manufacturers to make money. Good post.

Sounds like you've had a lot of problems happen early in the morning. This is a good post. Makes one think about the serious things in life.

Nicely written. I enjoyed reading it.

Peggy love it so true