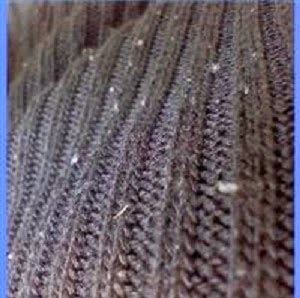 Some days it doesn’t pay to get out of bed. Lately, it seems I never have a good day. I’ve had a short fuse, too. I’ve been less than “nice” to those I love as well as to some I find impossible to love. I thought I was making progress in that department, but the past few days, I’ve given up altogether and slidden all the way back to “couldn’t care less” on the love ‘o meter.
Why is it when we’re having a bad day already, everything seems to go wrong?
Every time I cook, I either burn myself, spill something or forget to put something in. I’ve never liked to cook, but was forced to because I didn’t want to be accused of not taking good care of my family.
Mr. H. and the children always said I was the best cook around. According to them, my pie crust could not be duplicated! And the same went for my biscuits! I guess, if they’re telling the truth, you can be good at something even if you don’t like doing it.
Wasn’t true for my grandmother though. She hated to cook, too. It was rumored that when the hands on the clock moved around to the time she had to start dinner, she became so agitated that nobody wanted to be around her. So everyone found somewhere else to be needed while she banged the pots and pans around in the kitchen all by herself and rang a dinner bell when she had the food on the table.
I don’t remember ever eating much at her house. Guess I didn’t like what she literally “threw together.” There were lots of fruit trees in her yard and I always loved fruit, so I suppose I ate enough of that to keep from starving when I visited. That and the popcorn my Grandpa popped at night.
Shame I didn’t take after my maternal grandmother, who was a wonderful country cook. Her kitchen was “open” all the time – night or day. Her children could come in at any hour bringing a friend and if she didn’t already have something ready for them to eat, she’d tie on her apron and make whatever they wanted. I’ve seen her cook a virtual meal in the middle of the night when one of her sons and a friend arrived hungry and a little unsteady from too much carousing.
***
I thought my bad days were almost over; nothing lasts forever! But then, I washed a load of clothes today. Good clothes. Not the ones you reserve for wearing around the house or yard. When I took them out of the washer – all of them dark – they were covered with tiny pieces of white tissue.
Thousands of little white specks!
I blinked a couple of times to make sure my cataracts weren’t getting worse at record speed. Nope. There really were little white specks all over the clothes!
What now? I asked myself. Wash the clothes again? Put them in the dryer and hope all the little white dots end up in the lint basket? Take them outside and shake them really hard?
Or just throw them away and buy new ones?
Before I decided, the landline rang and my cell phone signaled that I had, not one, but two texts and I saw Mr. H. rummaging around in the kitchen with that “What’s for dinner?” look on his face.
I was suddenly too busy to worry about the clothes. I couldn’t even pull a Scarlett O’ Hara and worry about it tomorrow.
I have an important appointment tomorrow.
Everyone says getting out of the house will make things better.
But I’m not gonna count on it!
www.amazon.com/author/peggytoneyhorton
Posted by Peggy~ at 1:17 AM

Cute. Yes its for sure some days are like that Peggy. I'll bet your exaggerating about your cooking though. Nice post.

Sometimes getting out does help your outlook on things. Maybe it will do you some good. have lunch. Enjoy!

I guess we all have a day like that now and then. we have to take the bad with the good . THat's life! Good post Peggy.

Love this, hope you got the white specks out of your clothes!