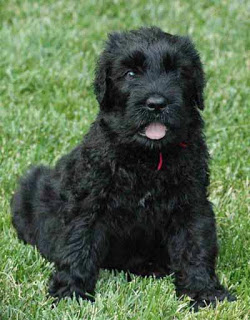 When I was six years old, I stood in my front yard and watched my best friend, Bill, run into the street and get hit by a car.
My best friend, Bill, was my first dog.
That night, my father sat by my bed trying to come up with something memorable to make me stop crying. “You’ll have lots of other dogs,” he said. “As time passes, the memory of Bill will fade and you might even forget all about him.”
Now, I always thought my dad was the smartest man in the world, but he was wrong about that.
I never forgot Bill! How could I?
***
The summer before I got my first dog, I visited my paternal grandparents. My Aunt Margie, who was in her teens, had a boyfriend named – you guessed it – Bill. I fell in love with him! When he came to visit her a few evenings a week, they usually took a walk or sat on the front porch swing for a while, but invariably ended up on the living room sofa before the evening was over. That’s when I planted myself in a chair, had a little conversation with them and then made a big production of stretching and yawning and pretending to fall asleep. I didn’t have to wait very long before I could barely open my eyes and catch them necking. It was great fun! I either had them completely fooled or they didn’t care because they never called me on it.

It didn’t last long enough to suit me and probably not them either because, precisely at 10 p.m., without fail, Grandpa would lumber into the living room, stop in front of the fireplace, pull his pocket watch out of his pocket and wind it for several seconds before announcing brusquely, “Bedtime.”

Very quickly, Aunt Margie and Bill were at the front door saying goodnight and I was on my way to my bedroom. That’s the way it worked in those days!

I don’t know exactly how old my aunt was but I was convinced she’d marry Bill and I’d someday call him “Uncle Bill.”

That didn’t happen. And I never forgave her!

So when I was back at home and my dad brought an adorable little black puppy home one day and said we could keep him, I immediately said, “His name is Bill!”

My dad was right about one thing. I did have many dogs after Bill. And I loved them all, but somehow, I think your first dog must be like your first love.


No matter how many come after, you never forget your first.


www.amazon.com/author/peggytoneyhorton
Image from working dogs@blogspot.com
Posted by Peggy~ at 3:03 AM

Adorable story Peg. I've been wondering where you were. Welcome back. Jamie

Sweeeeet! I love it.

Awww.. I love this story about Bill and your first love Peggy. Stories like this one stay with me forever.