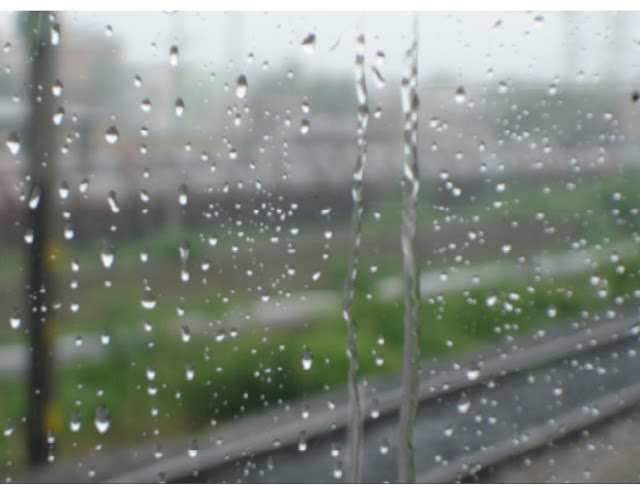 Another rainy afternoon. Seems to rain every day. Although some say they’re tired of it, I find it relaxing and enjoy the wonderful memories it elicits.
I’m remembering one now that is especially precious to me. As life has changed drastically these past few years, memories of childhood days at my grandparent’s house, spent with my Aunt Betty, are more valued than ever. Betty is my mother’s younger sister, making her my aunt, though only three months separate us in age.
In a two-story house that belonged to the coal company my grandfather worked for, my grandmother and grandfather, great-grandma, Betty, her three older brothers and a large black dog named Shane made their home.
Quite a houseful!
As an only child, spending time with that large family was exciting, but, in all my best dreams and memories, the main players are always Betty and me. Odd, how the mind holds onto the most gratifying images while discarding those that aren’t as important.
***

A loud crash of thunder awakened Betty and me and sent us dashing into a large closet where we huddled for a while, hoping the rain would go away and the sun would appear once again so we could go outside. But before it stopped, we got bored and tired of doing nothing so we started nit-picking at each other. Yelling led to hitting and kicking and hair pulling and an all-out fight developed before my grandmother – “Mom” to both of us – stepped in, separating us and sending us to separate rooms.
“Betty, you go to Grandma’s sewing room,” she said, “and Peggy, you go in my bedroom. Neither of you are to come out until I tell you. Maybe some time alone will help you both and, with any luck, it’ll stop raining and you can go outside.”
It was the late 1940’s. There was no TV in either of these rooms – and we’d never even heard of a computer or iPhone so it didn’t take long until we were bored to tears and were begging Mom to let us come out. “We’ll be good,” Betty said through the closed door. “Won’t we, Peggy?”
“Yes,” we promise not to fight anymore,” I whined.
She didn’t give in right away. In fact, she didn’t even answer our pleas. But, in a little while, she opened both doors and told us to come on out, but said, “If I have to separate you again, it’ll be for the rest of the day.”
Lucky for us, the rain had stopped and she thought it would be okay if we went outside as long as we didn’t get all muddy. “Just stay in the grass until the sun dries things up a bit,” she said.
“We will, Mom,” we said in unison, as angelically as possible.
Everything was fine for a while. We walked around in the wet grass, looking for anything the rain might have unearthed. Picking up a couple of earthworms, we watched them inch their way up our arms. This was great fun – for a couple of minutes.
Suddenly, Betty darted several feet away and said, “Oh, look, Peggy! It’s a terrapin!”
Running over to check it out, I said, “it's a tortoise, Betty.”
“No it’s not,” she said. “It’s a terrapin! See, its head is back in its shell.”
“I know,” I said, “but terrapins are usually smaller and they live in water; tortoises live on land.”
“Well,” Betty said, hands on her hips, “my brother, Jack, knows all about turtles and he told me the ones that look like this one are terrapins.”
“Okay, Betty, but I learned about them in school and it looks like a tortoise to me.”
“Well, you live in the city. You don’t have turtles in the city – like we do - so you don't know what you’re talking about.”
That did it!
Betty had a way of goading me until I could no longer control my temper. I ran toward her like a wounded bull and, before she knew what was happening, I’d pushed her hard and down she went, sliding across the yard on the wet grass all the way to the muddy path that led around the house. There she sat, in the squishy mud, looking surprised.
I giggled. That infuriated her and when she got up, both hands filled with mud, she quickly took aim and slammed both handfuls in my direction.
One hit me smack on the side of the head and the other, right in the center of my chest. Teeth clenched, I started toward her, but was stopped by a strong hand grabbing me by the arm. Looking upward, I saw Mom – the look on her face frightening.
“Uh-Oh!” I said.
She grabbed Betty’s arm with her other hand and literally dragged us up the muddy path to the back door. There she stopped, let us go and said, “Take your clothes off and leave them here on the porch and get inside! Grandma is filling a tub for both of you.”
We did as she said without uttering a word and went inside to find Grandma pouring buckets of hot water into a large galvanized tub. When she was finished, Mom said, “Get in and I’ll scrub your heads first, then you can wash yourselves.”
Shivering, we stepped out on clean towels. Mom dried me and Grandma helped Betty. After we were dressed, Mom told us to go to the same rooms she’d sent us to this morning when she separated us. “I’ll call you when supper’s ready,” she said.
Sitting all alone, I suddenly felt awfully homesick! I wasn’t used to Mom punishing me. My feelings were crushed and I struggled to hold back tears.
After supper, Mom allowed us to sit on the porch for a while, but before it was fully dark, she told us to put on our pajamas and go to bed. “You’ve had a busy day,” she said. “You need to rest up for tomorrow.”
Lying side by side, our small bodies almost swallowed up by the plush feather mattress Grandma had made years ago, we fell asleep quickly. My last thoughts were of my home beside the Kanawha River.
***

“Wake up, Peggy! The sun’s shining. C’mon, let’s grab a couple of hot biscuits and go outside!”
Turning over and rubbing my eyes, I said, “Okay, I’m comin’.”
That’s the way it was. We’d fight until it seemed that things would never be the same between us again, but after a good night’s sleep, all was forgotten. All that remained were two young girls who really loved each other.
And it lasted a lifetime.
***

This afternoon, as I watched raindrops pelt the birdbath in my yard, those never to be forgotten memories were vivid. But one thing mars the past that Betty and I share. She has been stricken with dementia of the worst kind and remembers very little—or so it seems. Yet, when we have an occasional phone conversation, she always wants to sing to me.
The song: John Denver’s “Take Me Home, Country Roads.”
Oh, how I wish I knew if those precious days we shared are still living inside her head like they are in mine!

This is a wonderful story, Peggy! And you tell it so well. Love it!

Love reading your stories. You are an excellent writer. You should write a book about your childhood experiences.

Thank you, Jeanette!
I have two books at Amazon.com about my childhood. "Somewhere in Heaven My Mother is Smiling" and Betty and I wrote one together about our childhood.. It's called "Unseen Angels."

Absolutely beautiful! So sorry about your aunt's dementia. Terrible thing!

Beautiful Peg. I read it twice. It tugs at the heartstrings.